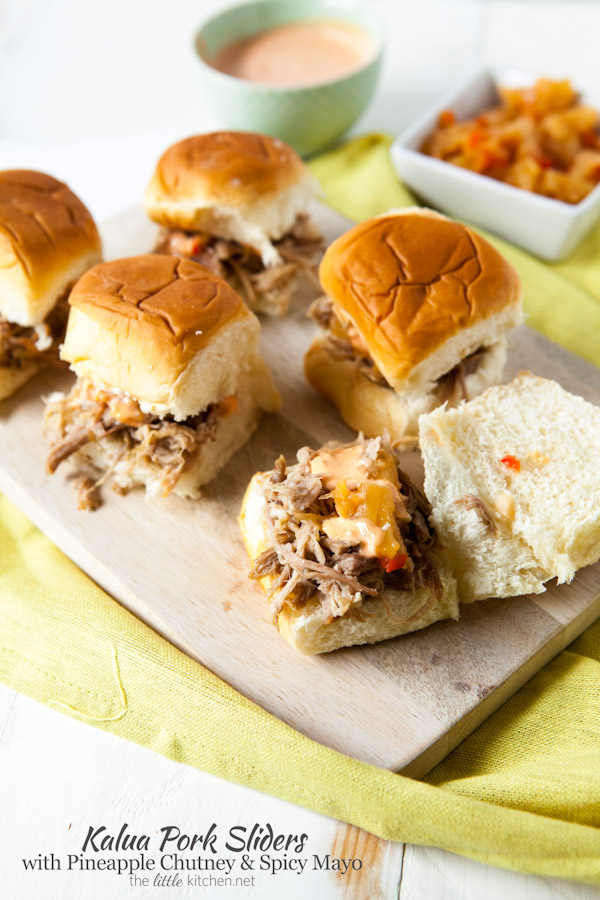 I have been going to the Epcot International Food and Wine Festival for a few years (at Walt Disney World Epcot Center) and this was Curtis' first year. I have so much to share with you including this recipe for Kalua Pulled Pork Sliders made in a slow cooker (yeah!) that I'm sharing with another post about my favorites overall at the festival.

We went opening weekend, thanks to Disney for inviting us to attend their opening weekend press event…before we left, Curtis said please make the pulled pork sliders. I had been eyeing the Festival cookbook. It's a hardcover edition this year because it's the 20th annual festival…I can't believe it's been going on for 20 year!

Let's talk about the festival. There are so many marketplaces for you to try, so many great food inspired by different countries. When you get inside Epcot, the first thing you wan to do is grab the festival passport and a gift card. Load the gift card to make it easy to pay and use the passport as a guide, it has all of the marketplaces listed along with all of the food and drink you can enjoy! 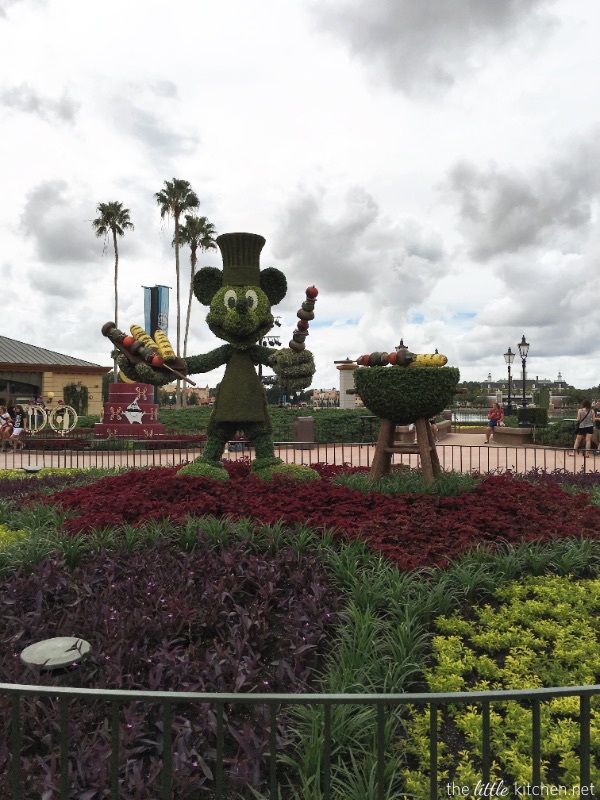 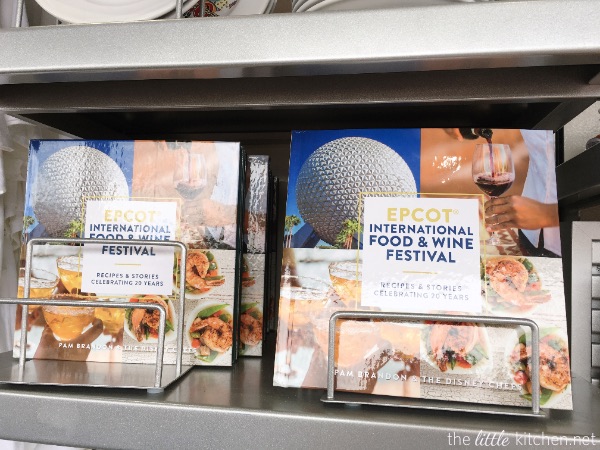 The Festival cookbook got an upgrade this year for the 20th anniversary, it's a hardcover edition and there are tons of recipes I want to try. I'm so glad I bought it the last time I attended the festival. 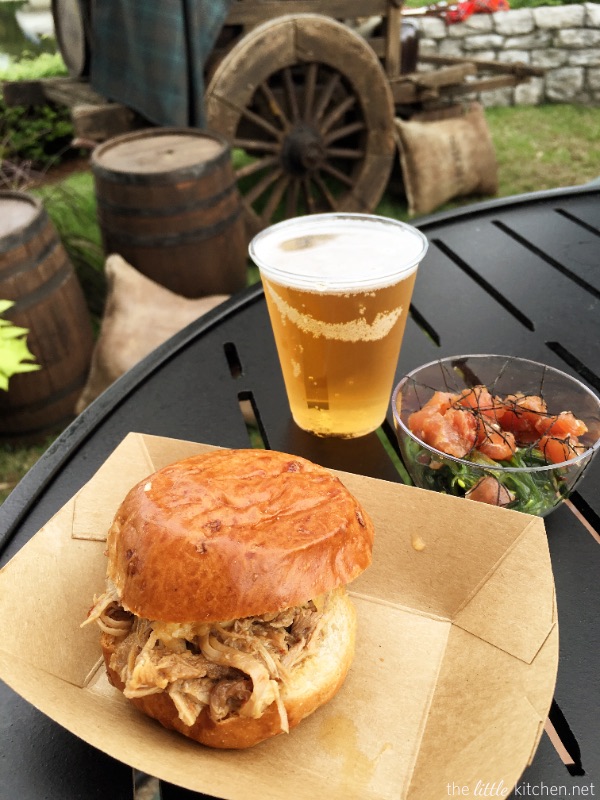 And there's the pulled pork sliders. You can get in the Hawaii marketplace. I also got the poke tuna and Curtis Kona Brewing beer too. 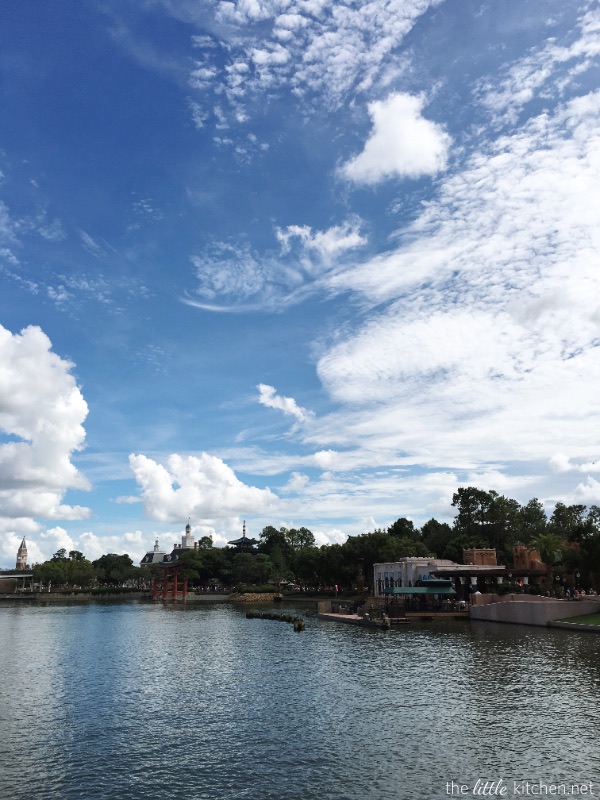 It was such a pretty weekend! Love the clouds. 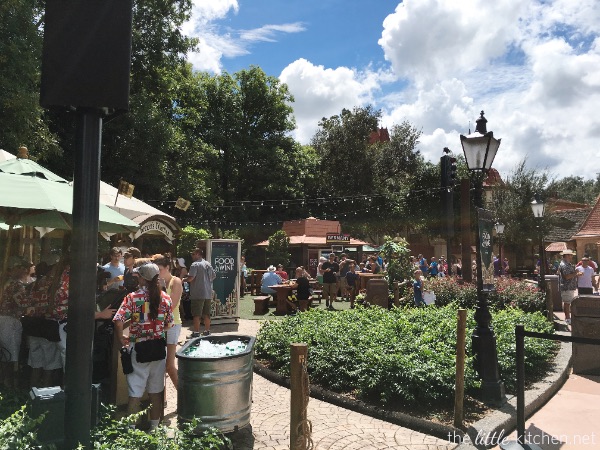 All of the marketplaces are well-decorated according to themes from the countries or areas they represent. 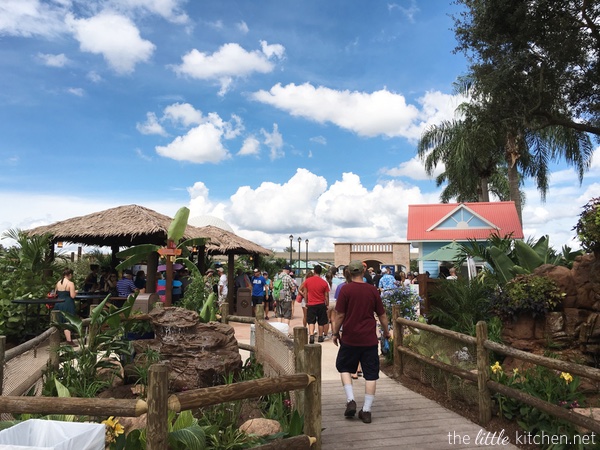 And a lot of the greenery that the festival organizers use have to do with the produce they use in the dishes too! 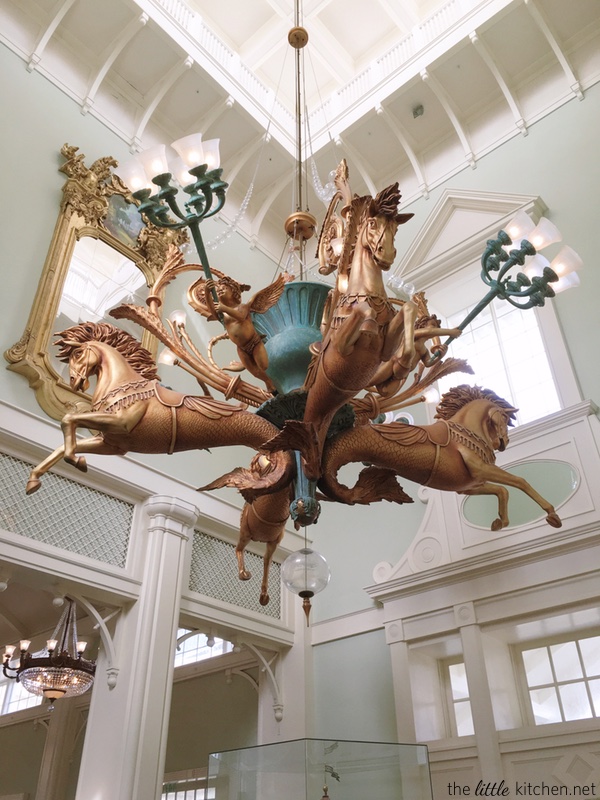 We stayed at the Boardwalk Inn which is within walking distance to Epcot Center. I love the decor of the hotel. 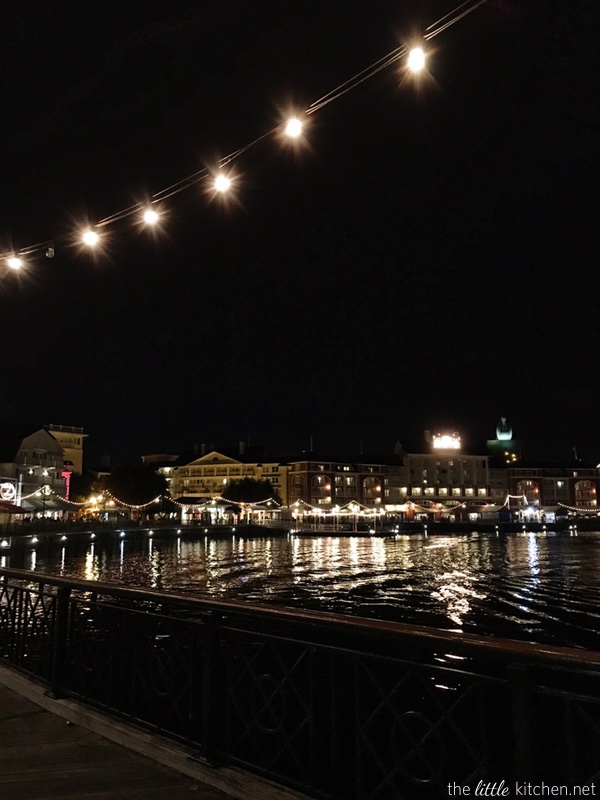 After a fun and food-filled day, the walk back to the Boardwalk is so pretty! 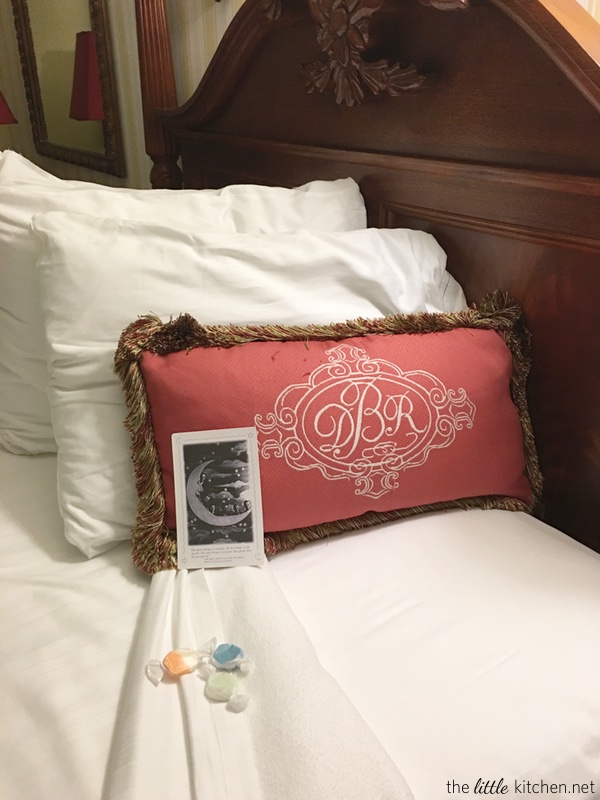 Turn down service! I love that they leave taffy on your pillow at night. 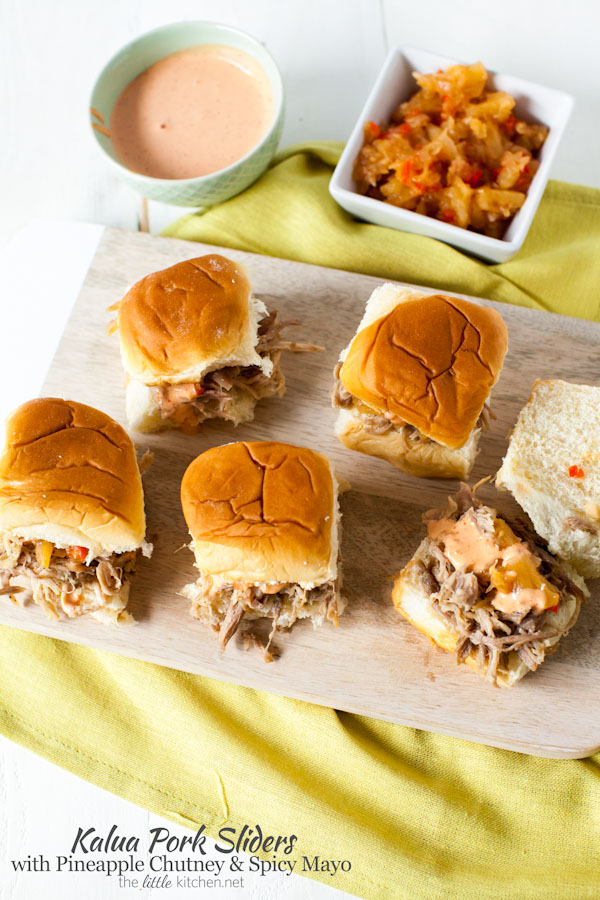 Now back to these pulled pork sliders. I'm so glad Curtis suggested I make these at home. They are so wonderful. We even froze half of it in the freezer for a dinner later on…because it made so much! 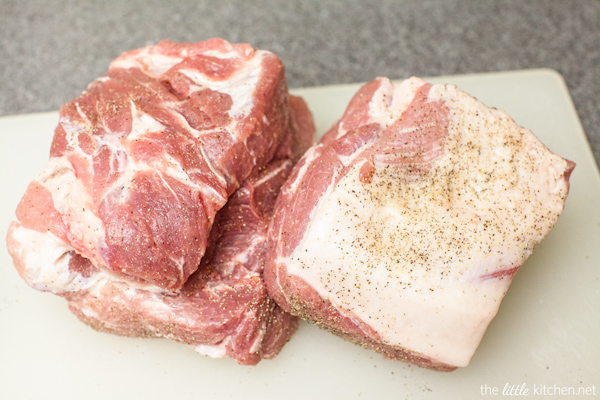 Curtis actually picked up a bone-in pork shoulder so I removed the bone. 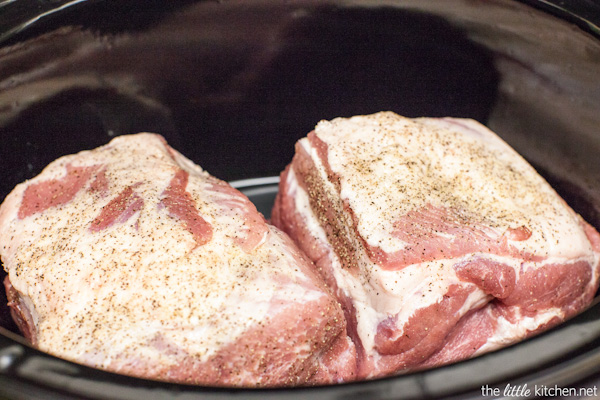 Just add salt and pepper and put it in the slow cooker. We couldn't find banana leaves so that's it. I couldn't believe how easy it was. 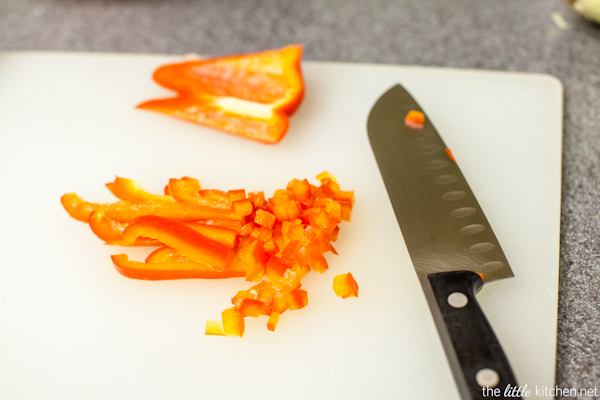 Cut the red pepper into thin strips and then dice. That's how you can get a small dice on veggies. 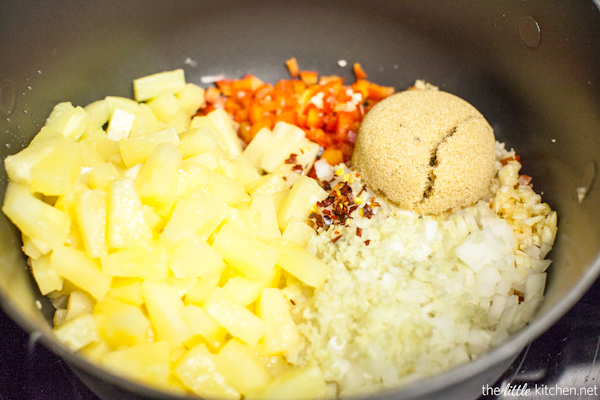 Add the ingredients for the chutney into a pot. 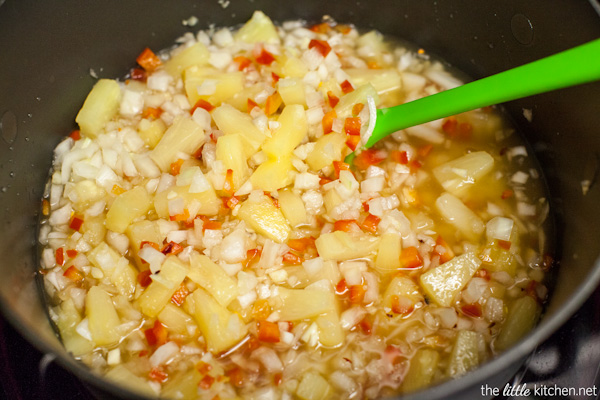 And bring to a boil and cook down. 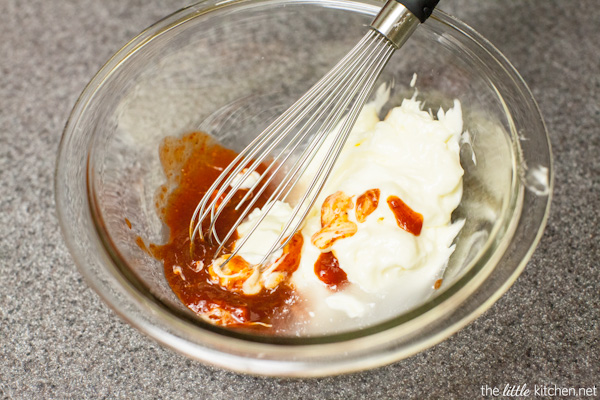 Add all of the ingredients for the spicy mayo (I love sriracha!) and whisk. 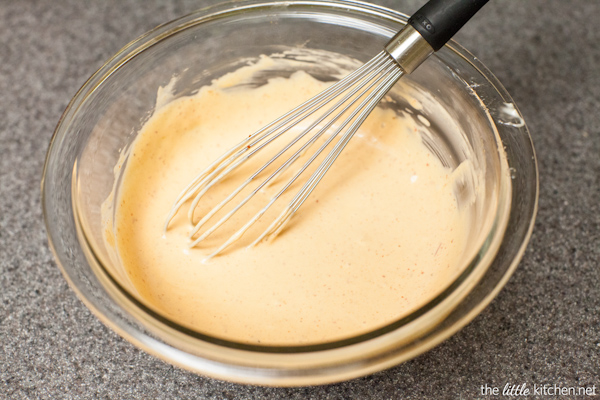 It's a beautiful thing! 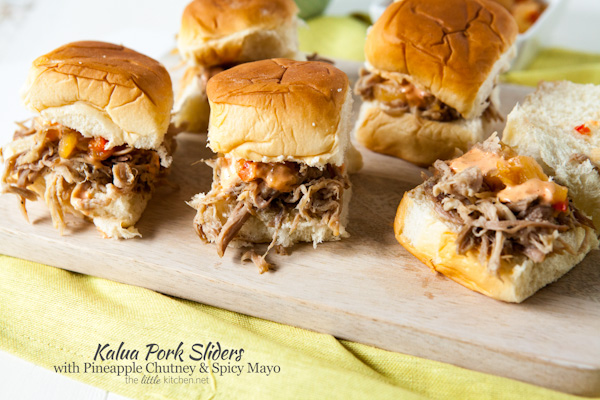 Make these and go to the Epcot Food & Wine Festival…you'll thank me later. 🙂 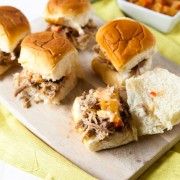 In the cookbook, there's a recipe for the brioche buns they are served with at the Epcot Food & Wine Festival. I opted to use store-bought Hawaiian sweet rolls to make this recipe an easy weeknight meal!
Prep Time 20 minutes
Cook Time 10 hours

Notes: I made the Kaula Pork a day ahead and refrigerated it along with the drippings and it tasted awesome! I recommend doing this to make your prep and cooking super easy for say a weeknight or many weeknight meals!
from Epcot International Food & Wine Festival: Recipes & Stories Celebrating 20 Years by Pam Brandon and The Disney Chefs 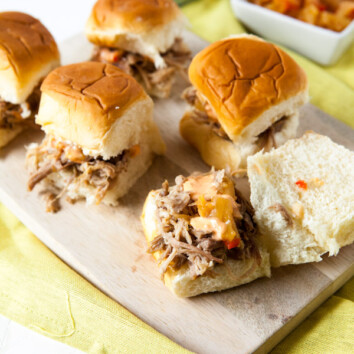 Did you make my Kalua Pulled Pork Sliders with Pineapple Chutney and Spicy Mayo Recipe?I want to see! Upload an image below with your rating and comments, share on Instagram and tag @TheLittleKitchn, and be sure to use the hashtag #thelittlekitchenrecipes. 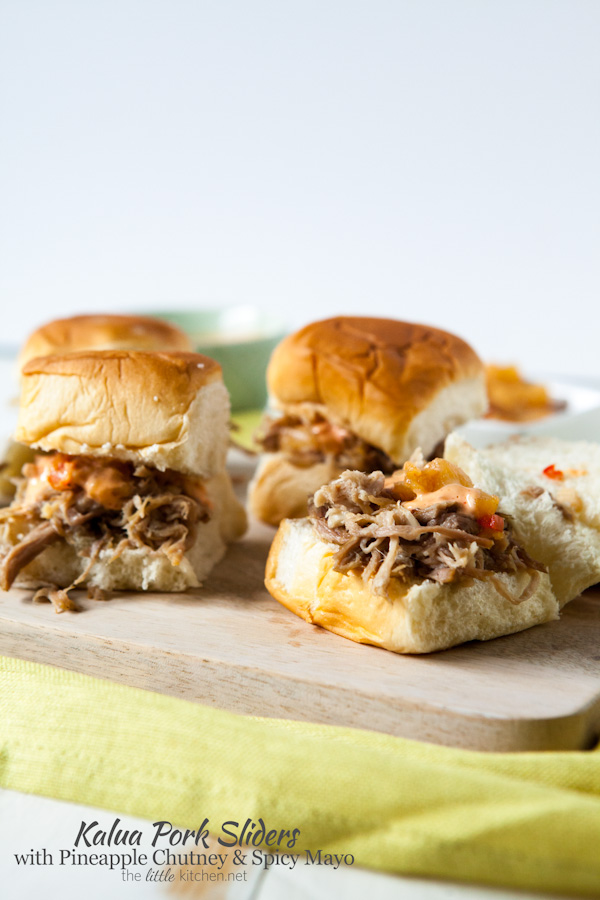 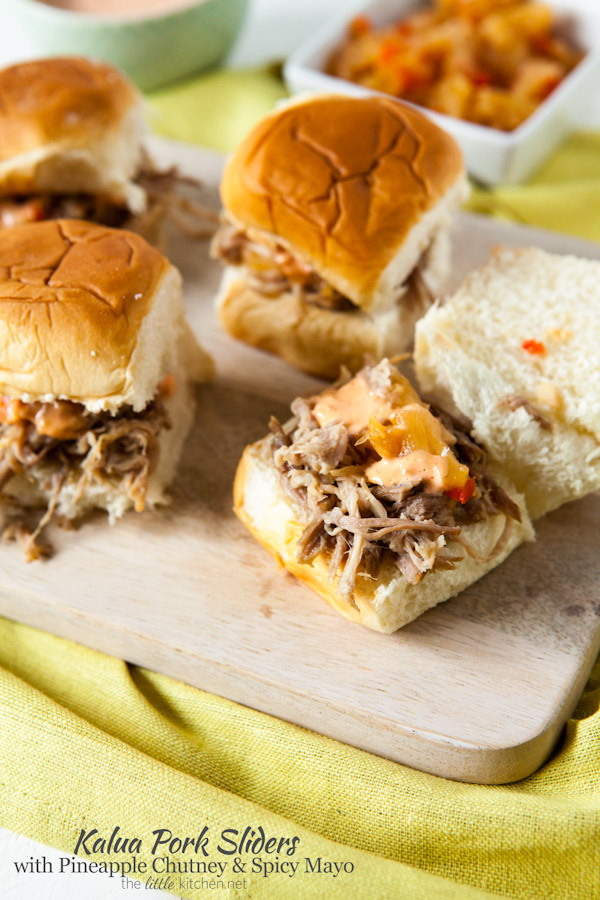 Disclosure: I was hosted by Walt Disney World as a media guest for the opening weekend of the Festival. The opinions I share are always my own and always share with you what I love.