I have been so excited to share this with you and have been bursting to share this virtual baby shower for Aggie! I'm happy to be organizing it with Sandy and Liz. They are the sweetest and so is Aggie. She's a dear dear friend — who gets me and is such a great cheerleader and friend. She keeps me sane! I say it over and over again, I'm so lucky to have such great friends. Friends who know me and know when I'm being ridiculous and tell me so. You absolutely need friends in your life who can be completely honest with you. Last month, I attended her live and in-person baby shower. 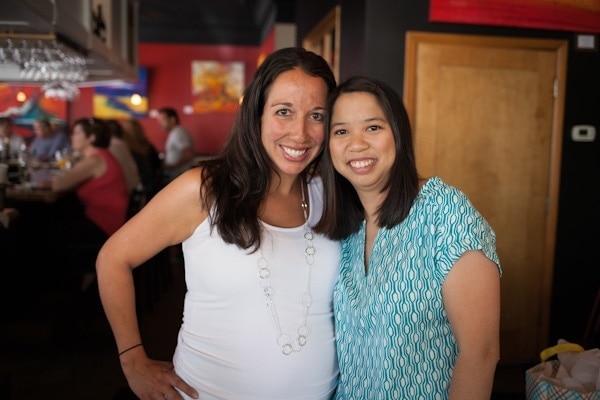 I got to meet her sweet friends and see her sweet daughter, Gina. Isn't Aggie so cute pregnant? I was in Chicago for BlogHer and when I found out when her baby shower was, I had to change my flight to be back in time for the baby shower. I just had to. It's funny, a few days before I left, I received an email from Delta saying that I was upgraded to first class…I texted Aggie and told her, see it's meant to be!

This cake that was served at her baby shower, not only is it cute but it's the BEST cake I have had in a longgg time! Aggie loved it and she's not a total sweets person either! 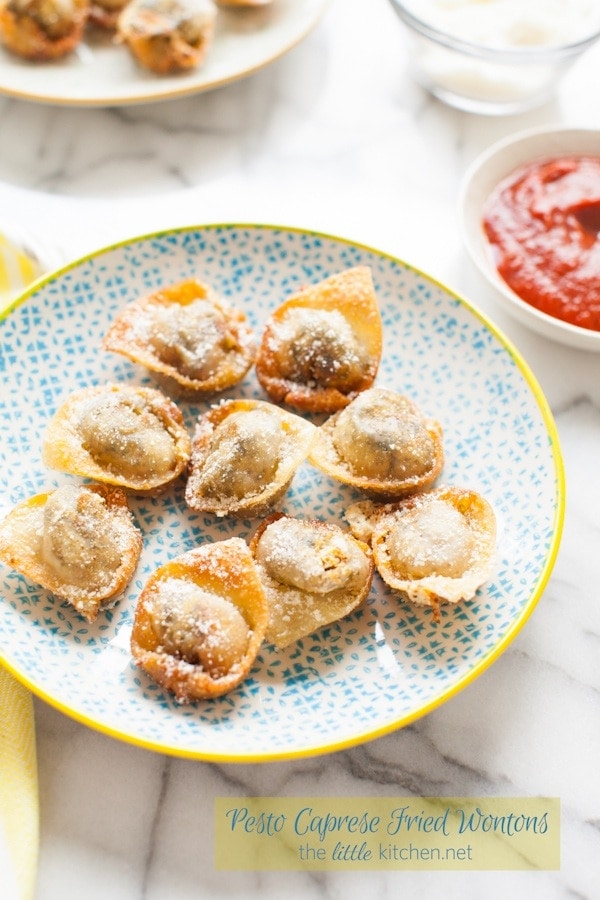 Back to the recipe! When I was trying to decide what to make to bring to Aggie's “baby shower”, I knew I wanted to do some kind of dumpling since we made Chinese dumplings together earlier this year. The theme for our baby shower to celebrate Aggie's impending arrival of her little boy is an Italian theme so I knew I wanted to do it with pesto. And there were “born”. They are seriously addicting and my Bunko group got to taste test for me…they approved it! 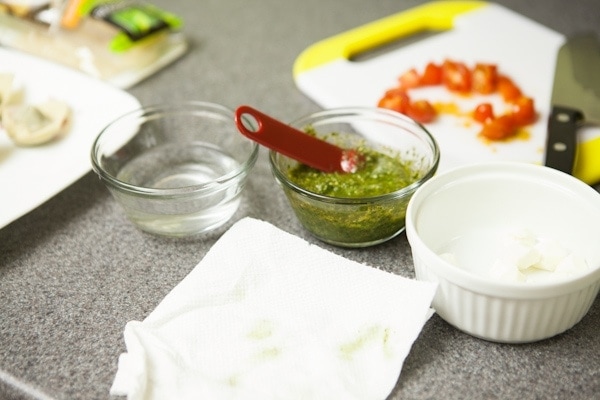 One of the big things about this recipe is getting all of the ingredients into place and having a paper towel near by. Wipe your fingers a lot so you don't get your wontons all sticky.

Here's a quick video to show you exactly how I fold them. You can use this same technique to fold Asian wontons too! 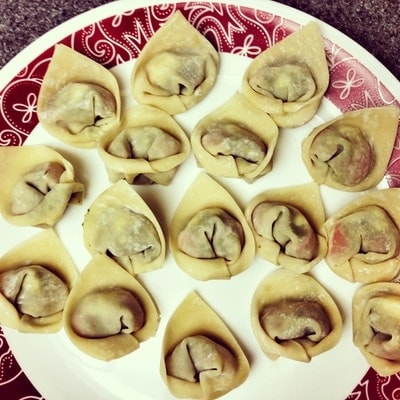 Aren't they cute? If you scroll down, the recipe is below but first… 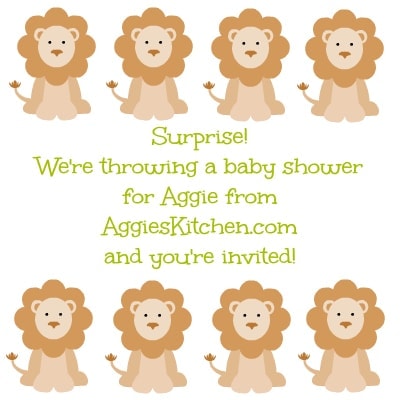 Look at what Aggie's other friends made for her baby shower!! Aggie is such a sweet person, I hope she enjoys this baby shower and I know she'll definitely enjoy baby Micah when he arrives! Congratulations, Aggie!! I'm so happy for you and I can't wait to meet your baby boy!

Salads
Italian Chopped Salad in a Jar {with Creamy Caesar Dressing} from Brenda of a farmgirl's dabbles
Caprese Salad with Mozzarella Crisps from Christine of Cook the Story
Pesto Pasta Stuffed Tomatoes from Suzanne of Kokocooks
Grilled Romaine Caesar Salad from Liz of The Lemon Bowl
Herbed Israeli Couscous Salad with Tomato and Mozzarella from Rachel of Rachel Cooks
Chickpea, Avocado, & Feta Salad from Maria of Two Peas and Their Pod
Lentil and Chickpea Layered Salad from Lisa of With Style & Grace 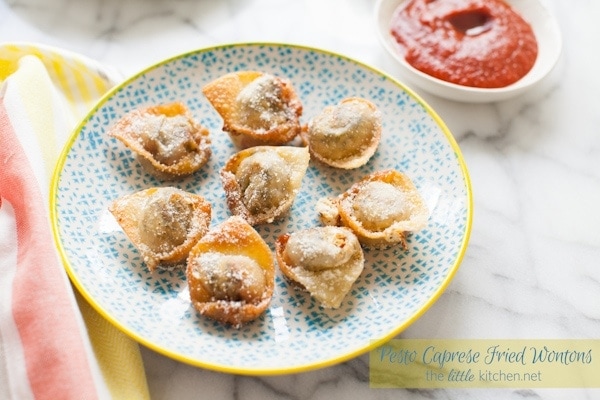 I bet you won't be able to eat just one! 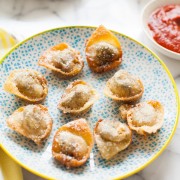 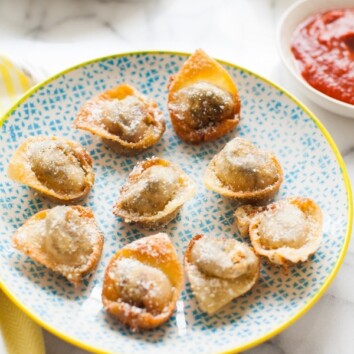 Did you make my Pesto Caprese Fried Wontons Recipe?I want to see! Upload an image below with your rating and comments, share on Instagram and tag @TheLittleKitchn, and be sure to use the hashtag #thelittlekitchenrecipes.