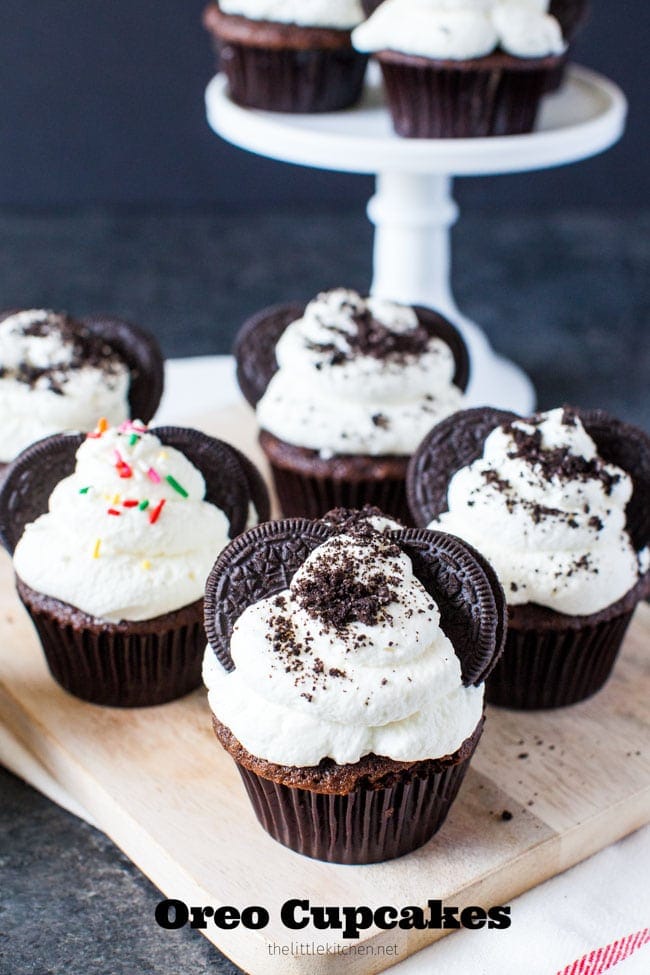 These oreo cupcakes are so dreamy…totally inspired by my favorite cupcake at Walt Disney World at the Boardwalk Bakery! They have an oreo mousse filling and a whipped cream frosting on top!

I think about these cupcakes all the time and if I'm anywhere near the Boardwalk…I have to have one of these cupcakes. Being able to make them at home now is awesome!

Somehow they made my favorite @waltdisneyworld cupcake even better by changing the cupcake flavor from vanilla to chocolate. This is the Oreo cupcake served at the Boardwalk Bakery. It's a must have…not one crumb left. ???? There's an Oreo mousse filling inside, the crispy candy pearls on the outside & the whipped icing…all PERFECTION! #TLKDisney #waltdisneyworld #latergram #boardwalkhotel #disneyside

Let's start with the actual cupcake you get at the Boardwalk Bakery. Their oreo cupcake looks different from mine but has a similar oreo cookie mousse filling inside a chocolate cupcake and a whipped frosting. I couldn't find the crunchy candies on top but that's ok, the cupcake is amazing! 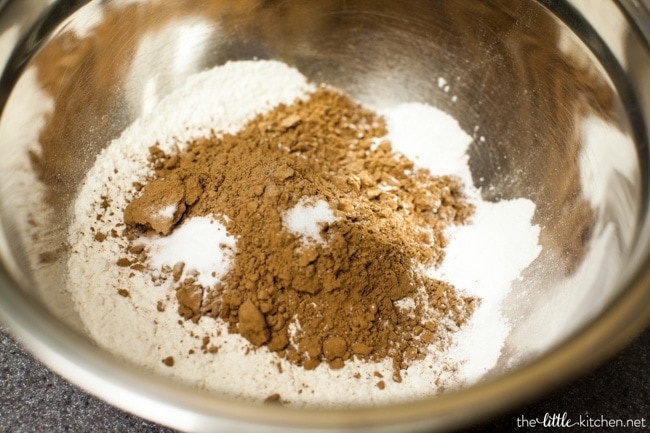 First off, I did ask the Walt Disney Chefs for the recipe. Did you know that they share their recipes? If they have a tested scaled down version of the recipe then they will share it. The version they shared with me was not chocolate though…it had a vanilla cupcake. The oreo cupcake at the Boardwalk Bakery used to have a vanilla cupcake base way back when though, so it makes sense!

So for the chocolate cupcake portion, that's my own. I tweaked the mousse filling and kept the whipped cream frosting as is.

Mix the dry ingredients together. 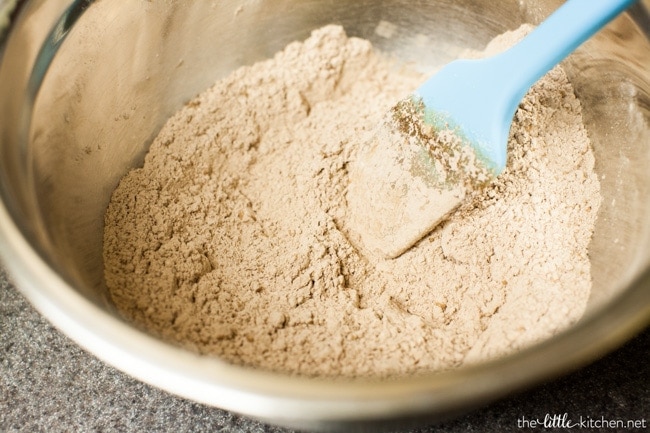 I used a rubber spatula. 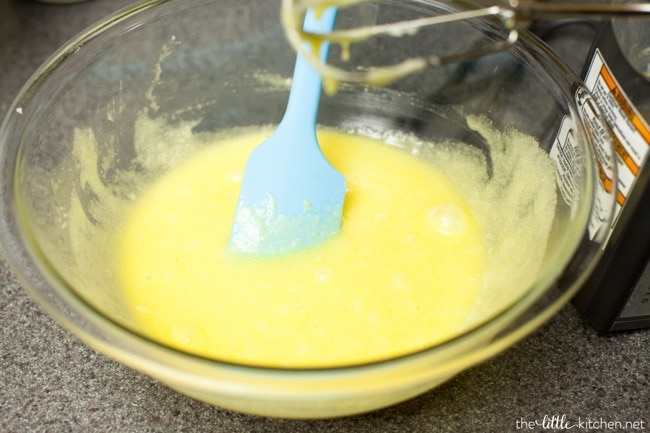 Cream the butter and sugar together. Then, mix in the eggs. Add the vanilla extract, vegetable oil, coffee and milk.

A tip: if your coffee is still really hot, mix it with the cold milk and that will cool down the coffee really quick! 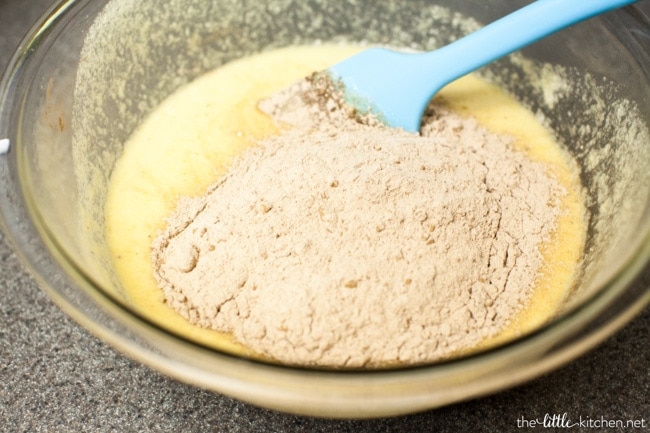 Add the dry ingredients in two batches and don't overmix. 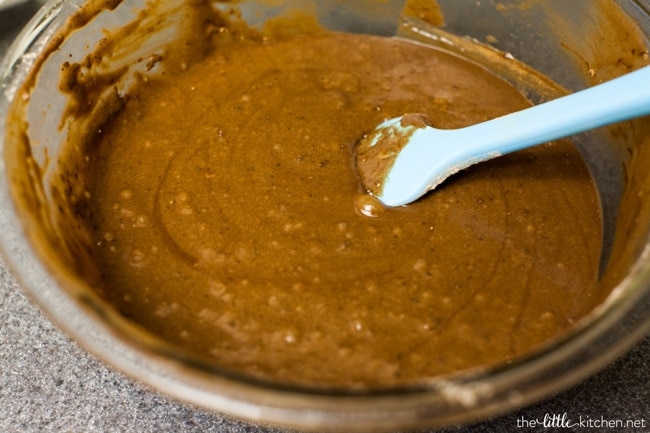 Spoon the batter into a prepared cupcake tin. I use greaseproof cupcake liners. 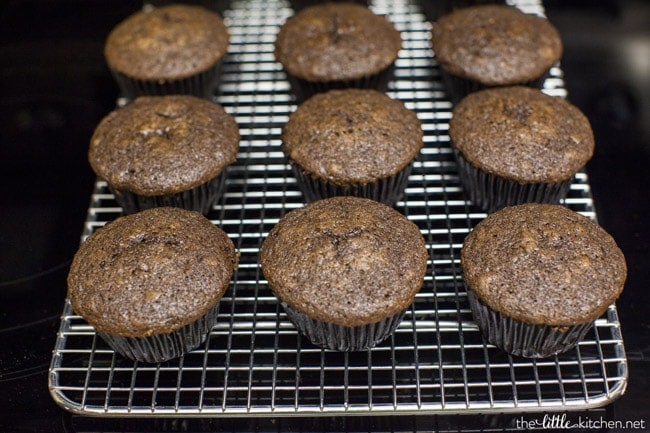 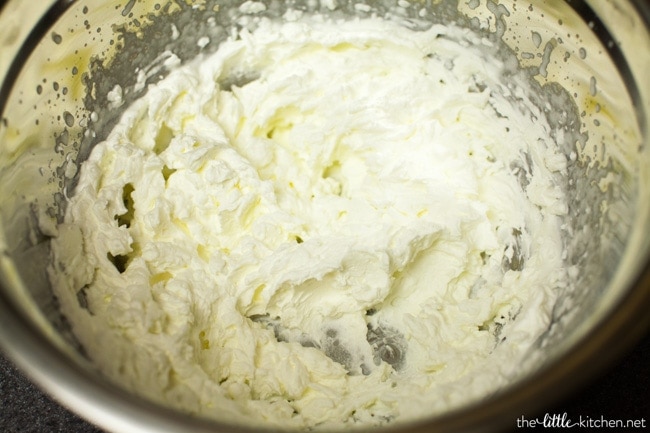 Whipped heavy cream until you have medium-firm peaks. 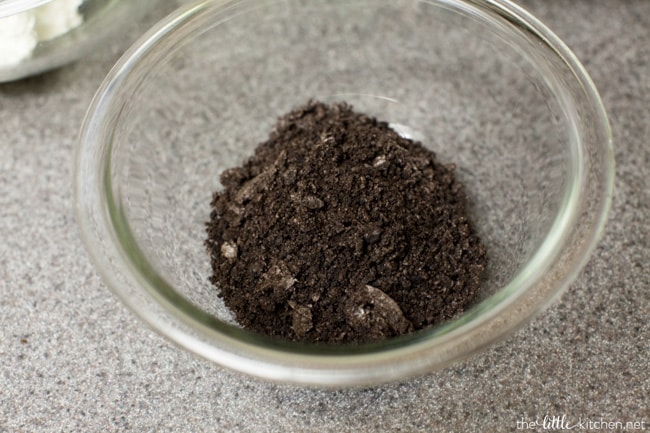 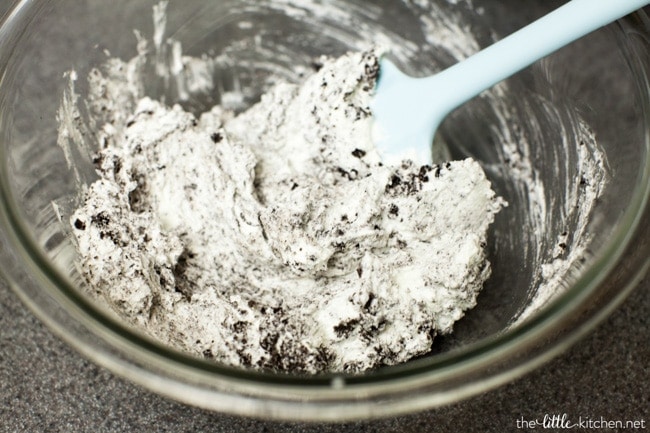 And there you have the mousse. 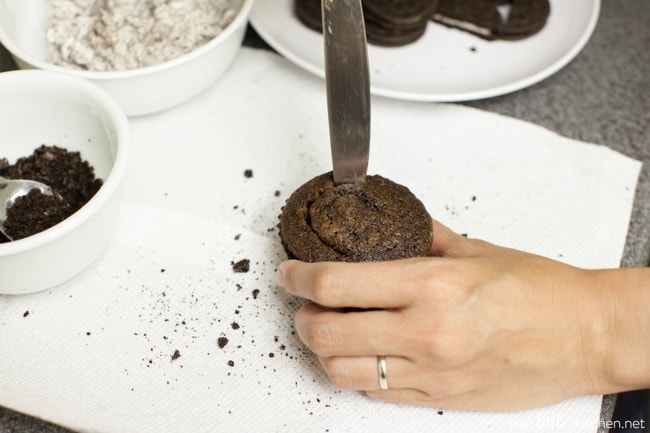 You might not be able to see but I have my butter knife at an angle. 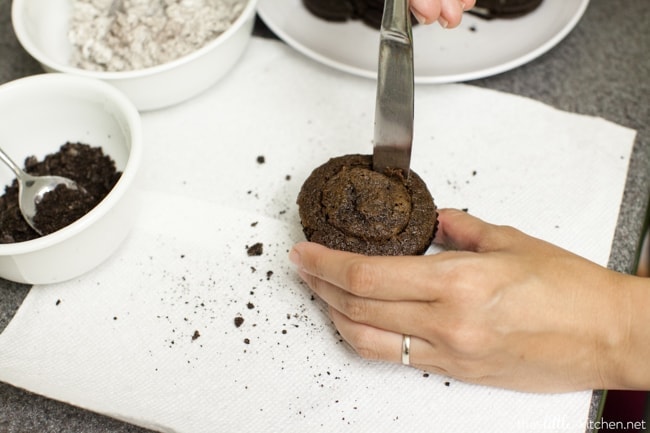 And I'm cutting out a core of the cupcake. 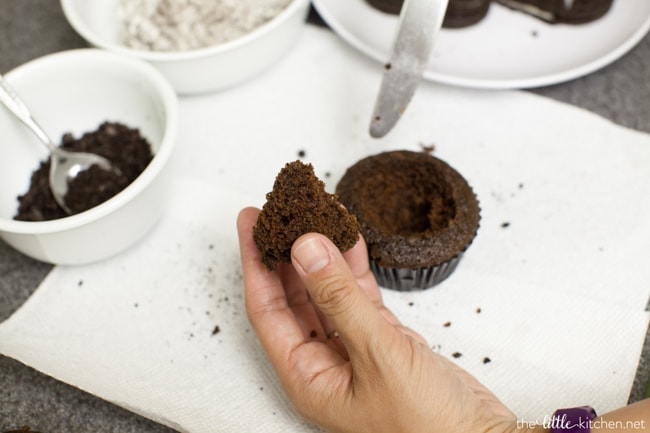 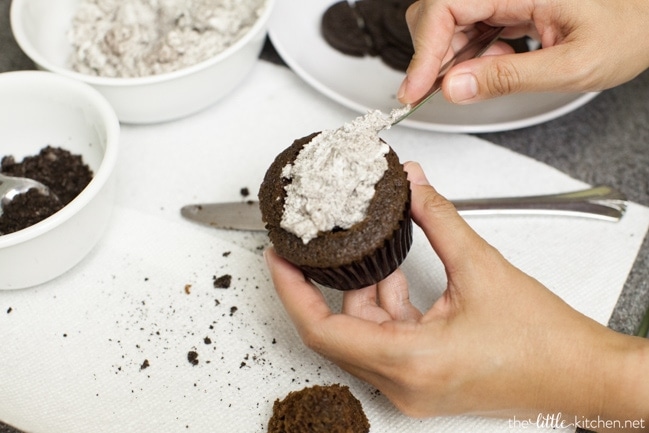 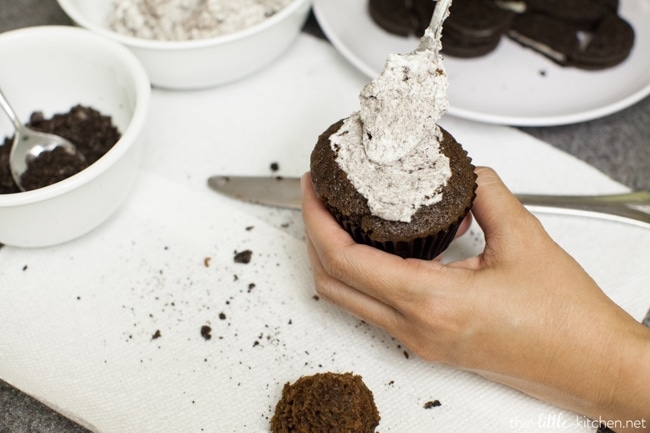 This is honestly what makes this truly an Oreo cupcake! 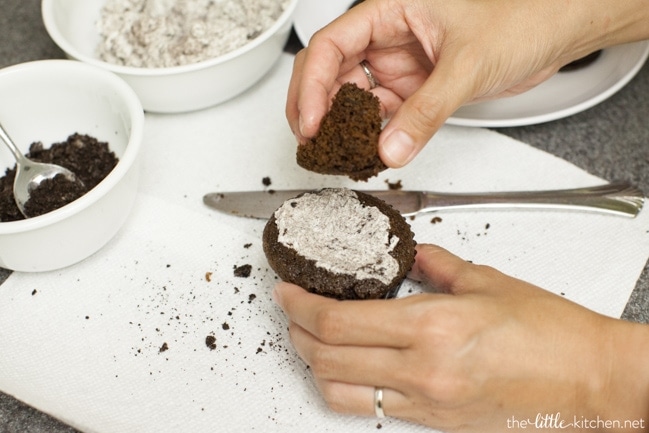 Put the core right on top, with the insides sticking out. 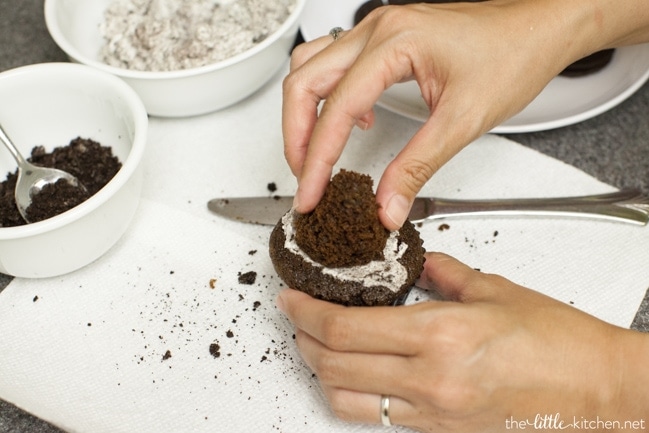 It looks messy and funny right now but we'll fix that. 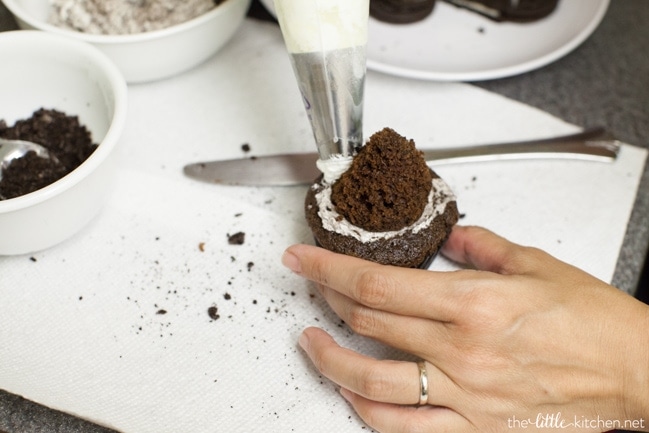 I'm using a round tip and a pastry bag…piping the whipped cream frosting. 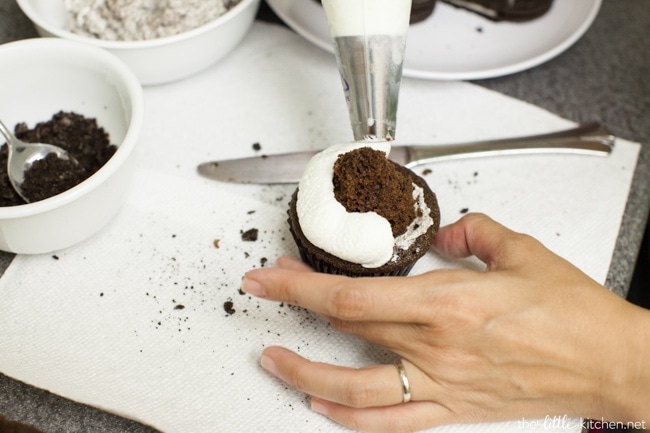 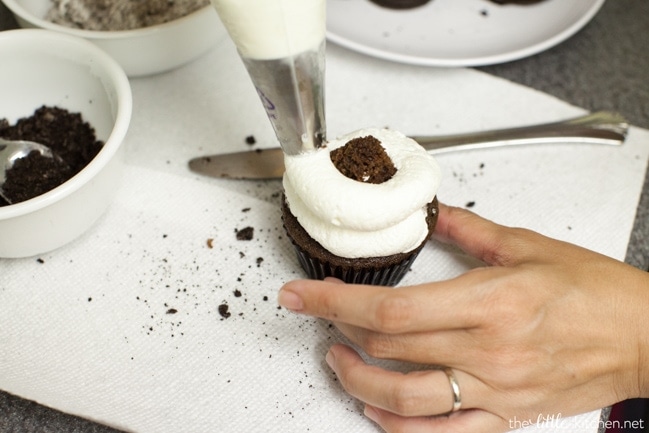 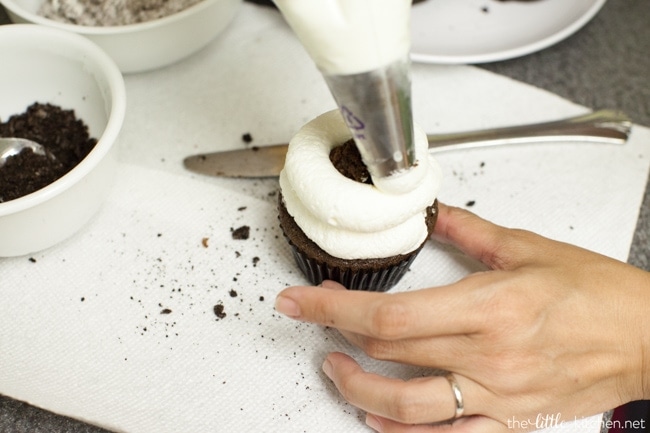 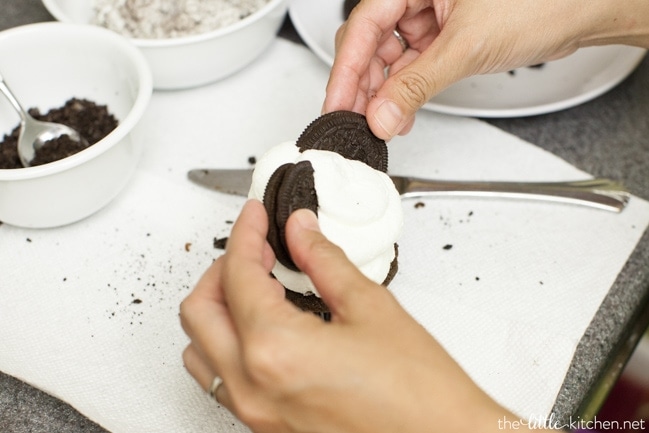 Add sprinkle some cookie crumbs on top or you can use rainbow sprinkles too! 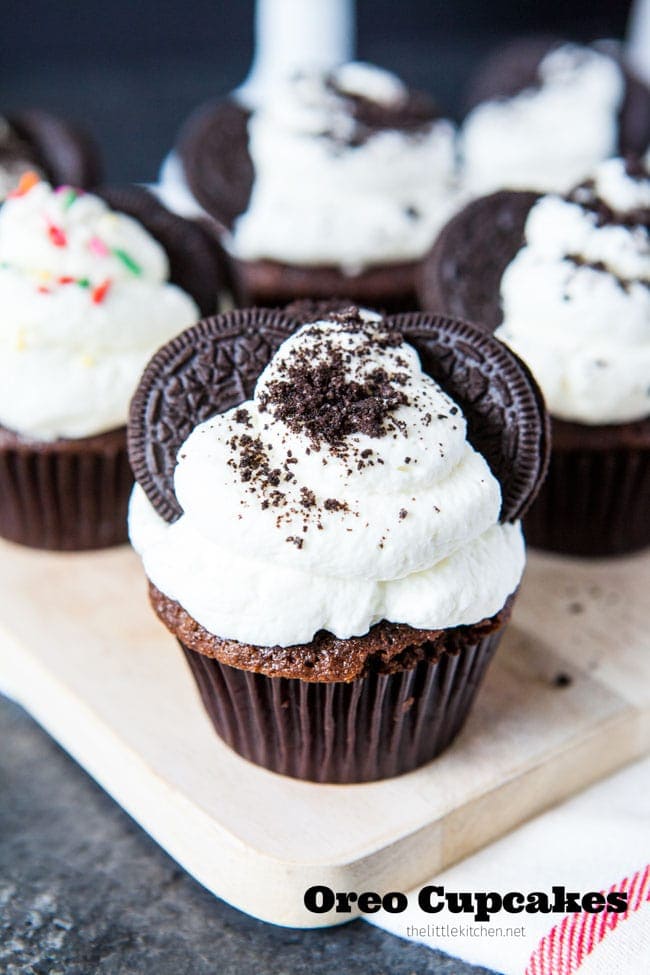 It's so delicious! And it tastes just like the cupcakes at the Boardwalk Bakery! 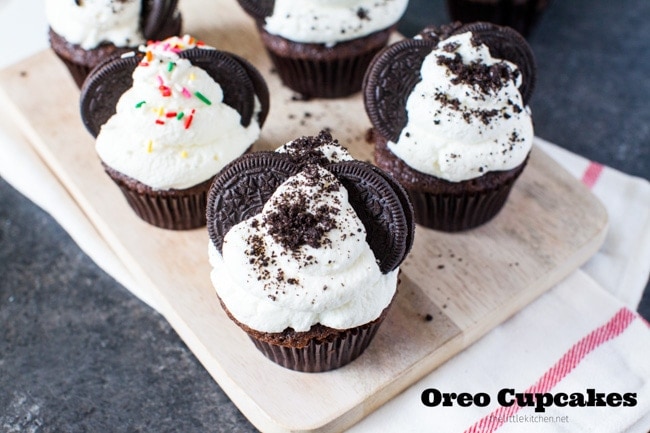 Can I say you're welcome?

These cupcakes are so cute and I bet you can't eat just one!

Definitely know that you need to refrigerate these guys because of the whipped cream frosting if you're not serving them immediately! 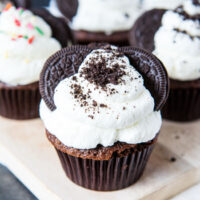 Inspired by the Oreo Cupcakes at Boardwalk Bakery at Walt Disney World; thanks to the Disney Chefs for the Whipped Cream Frosting recipe! 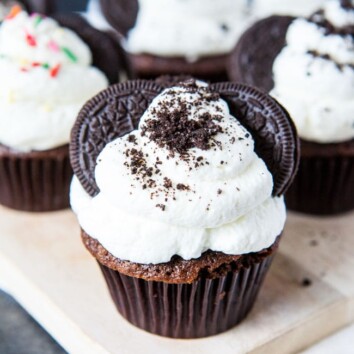 Did you make my Oreo Cupcakes?I want to see! Upload an image below with your rating and comments, share on Instagram and tag @TheLittleKitchn, and be sure to use the hashtag #thelittlekitchenrecipes. 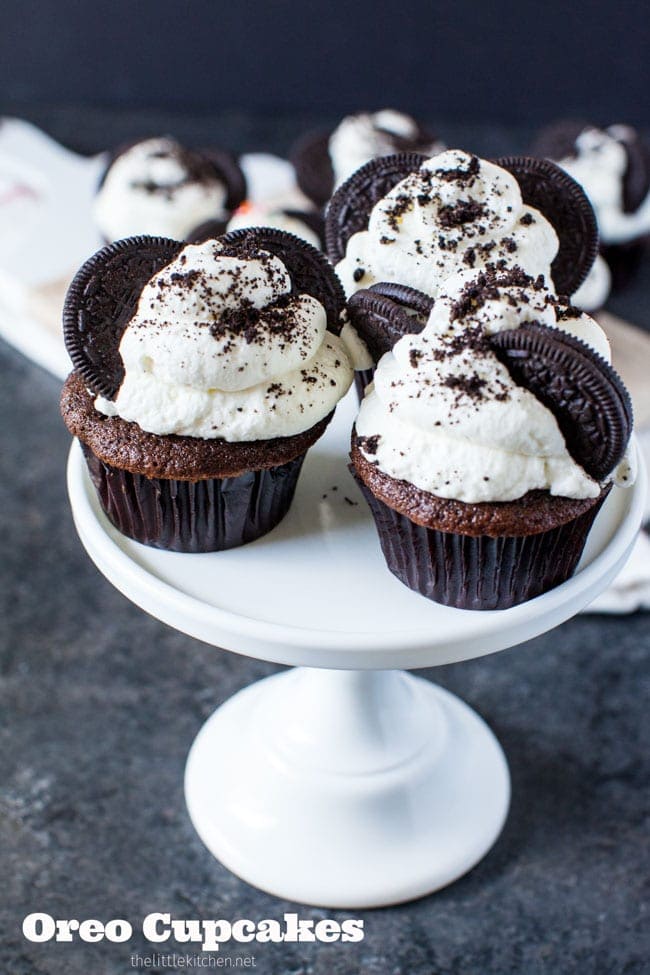