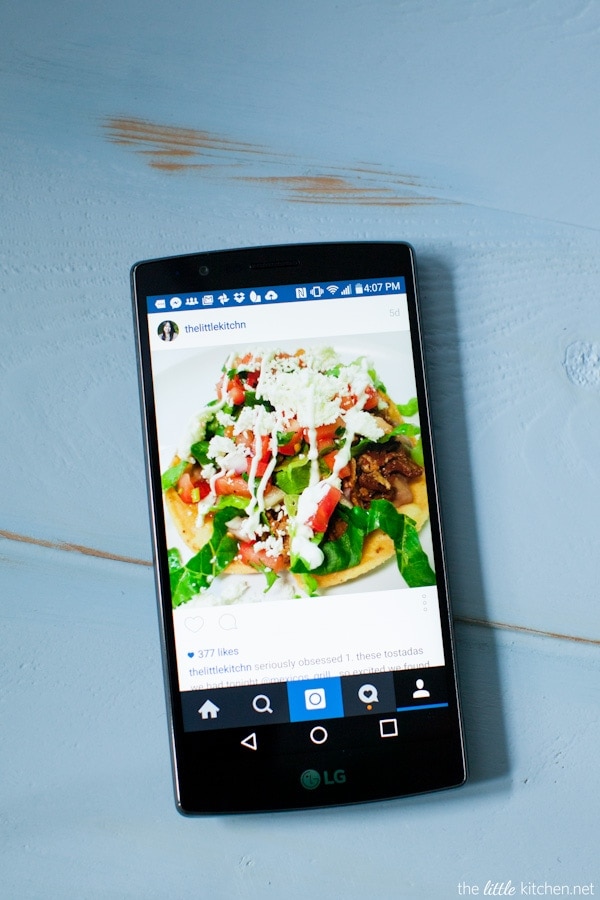 Recently, I got an email from LG and T-Mobile…asking me to try out the LG G4…a brand new phone that hasn't been released yet. First, we need to talk about my love of gadgets and shiny new objects. I love trying new things. But I also need to disclose that I'm not an Android phone user. But I have always been interested about the other sides. I have always wanted to try them because in another life…

I was a backend Java developer and I once helped tweak an Android app at work for a side project my co-workers were working on. Like I said, I have always been interested about how the other side works…so I did a quick internet search and I saw the words: “this smartphone has the best camera” on the market next to the words LG G4. This I have to see and try. I'm so glad I did! 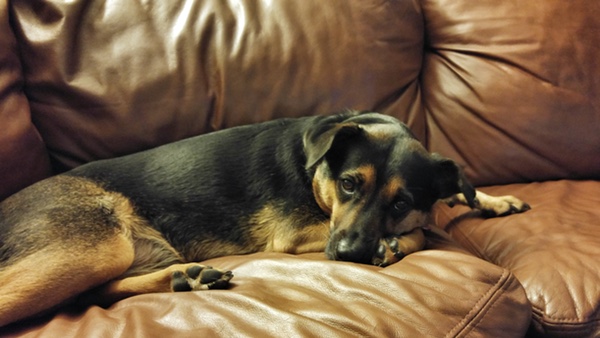 My little Angel…this is how she sleeps with her paw underneath her face…that's her right foot.

Verdict: The CAMERA is super sweet. We have terrible lighting in our living room and I have always never liked photos that I take in there. Until now. I love the details on her face and the photos is not grainy! 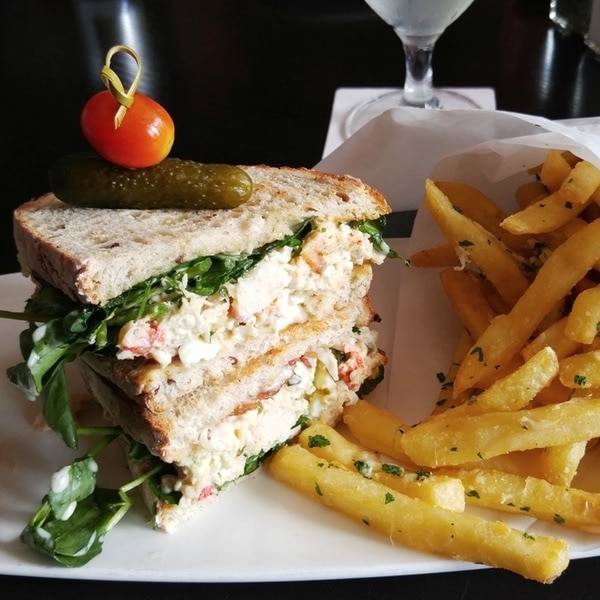 This was lunch the other day at Raglan Road with a friend — an online friend who is a huge lifesaver (she has helped me out soooo many times!), Meg, who I finally met in person. A lobster club.

Of course I had to take pictures of food with my new gadget. 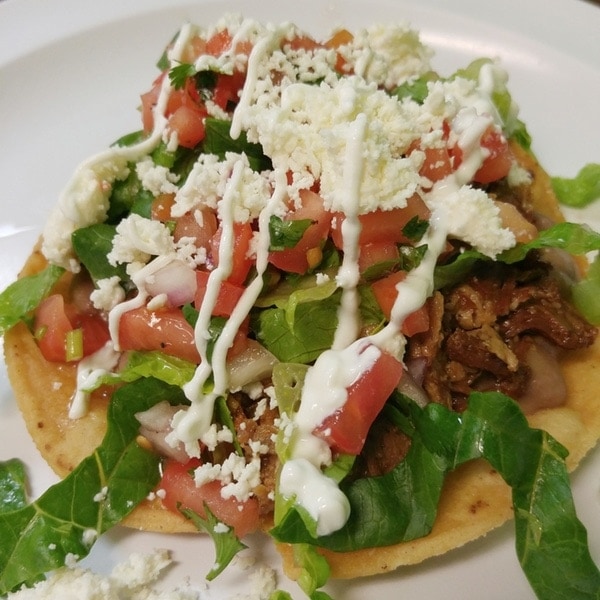 In instagrammed this photo the other day because I'm literally obsessed with this new to us Mexican place called Mexico's Grill. Love love them!

The above photo was taken at night inside a restaurant with fluorescent and I only edited this photo just a teeny tiny bit.

I also edit my photos with the Snapseed app, it's pretty easy to use. A little different than my other phone though and I like that I can open the photo directly from the camera roll…instead of having to open the app and then hunt around for the phone that I chose. 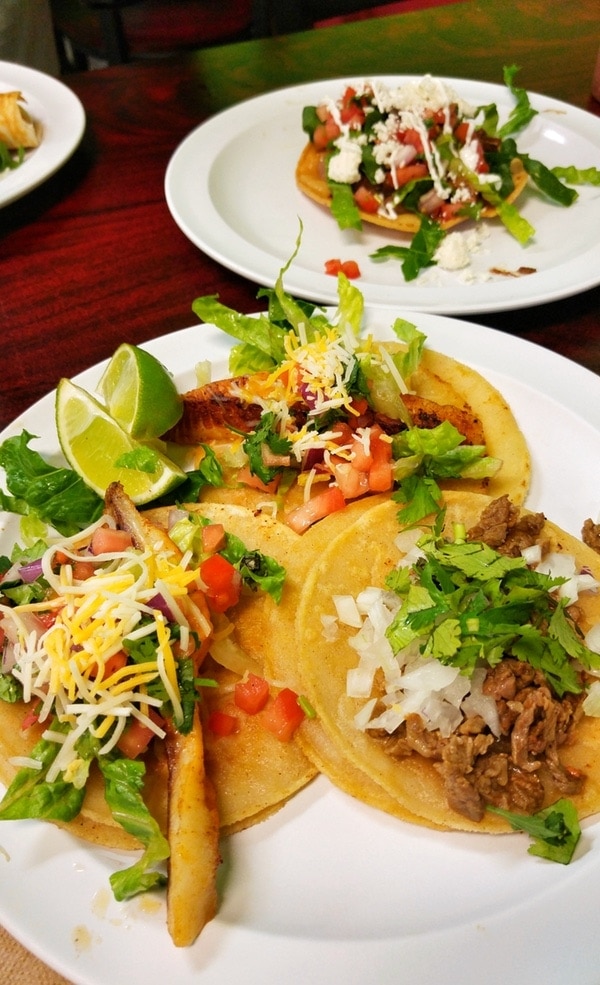 Tacos from the same place! (Can I say homemade tortillas? We can't wait to go back for dinner again!)

I do have to share something honest and real with you though, I have been able to get most of the apps I regularly use in the Google Play store and I'm still getting used to how to kill apps, finding settings and just different tweaks here and there from my other phone. And for the most part, I'm picking it up pretty easily.

But I'm struggling to decide whether to make the full switch. I'm more open-minded than most of my friends…wiling to give it a try. But the struggle is real…especially since the camera is SO AMAZING. 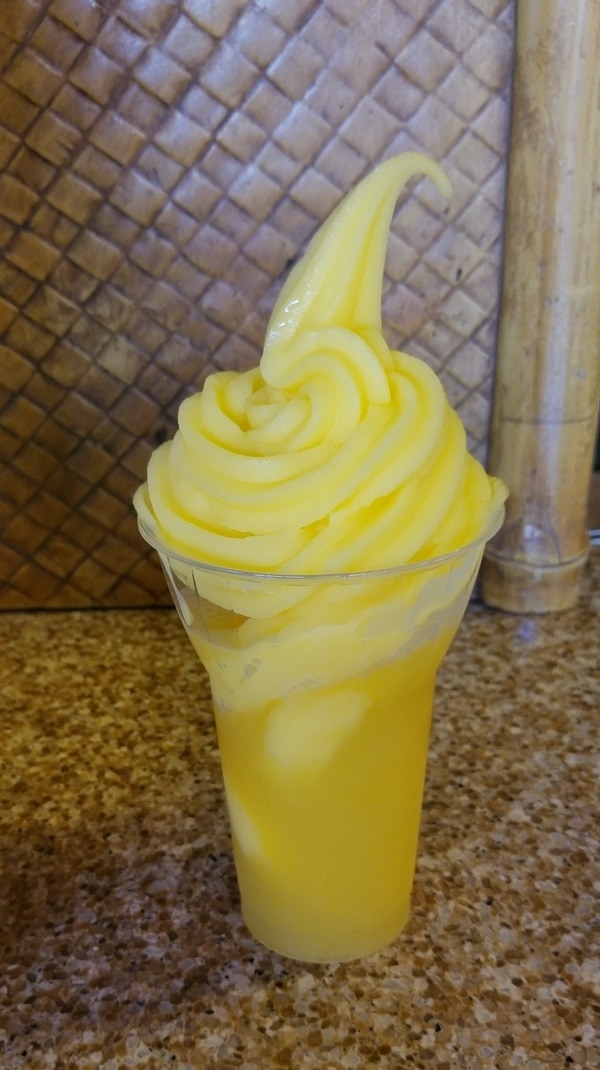 I met up with friend, Amber, at Walt Disney World's Magic Kingdom and of course more food pictures. Dole Whip! 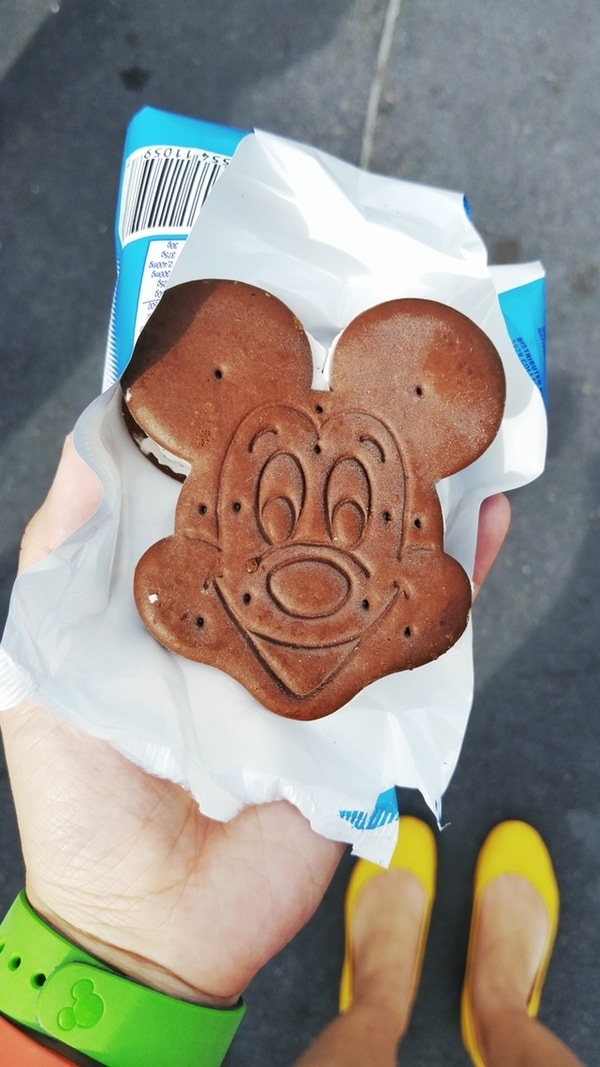 And she's such a sweet friend, she bought me a Mickey ice cream sandwich!

Again, the camera on this phone! I love the detail…it's a 16 megapixel camera, did I mention that? It takes RAW photos too…which I'm so amazed about! I need to play more around with the camera because it has an aperture of f/1.8! 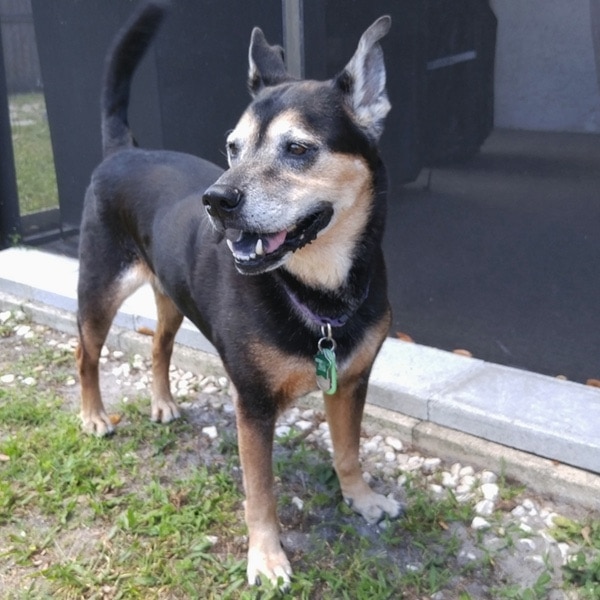 Okay, you know me right…had to take more dog pictures. 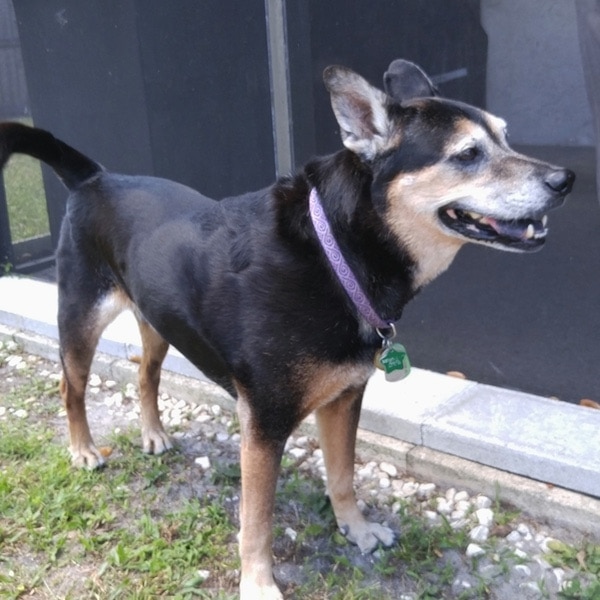 Oh Charley…a few weeks ago, he actually strained a muscle in his left leg so he's restricted now…not allowed to jump or run or play. 🙁 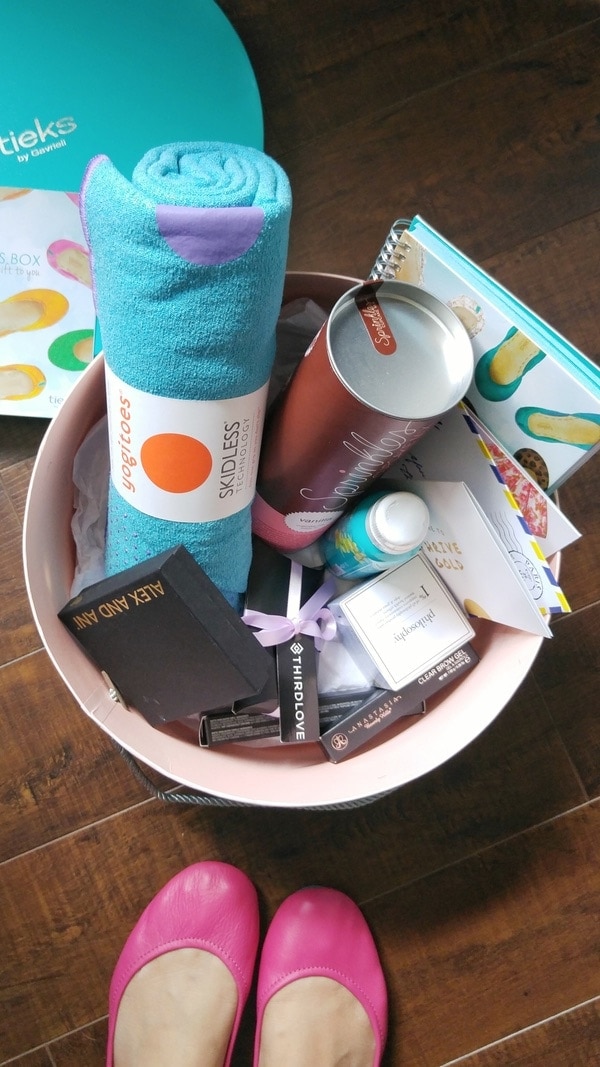 I got a nice gift in the mail today and I actually got a photo I was happier with using the LG G4 than my dSLR! I can't stop talking about the camera on this phone! 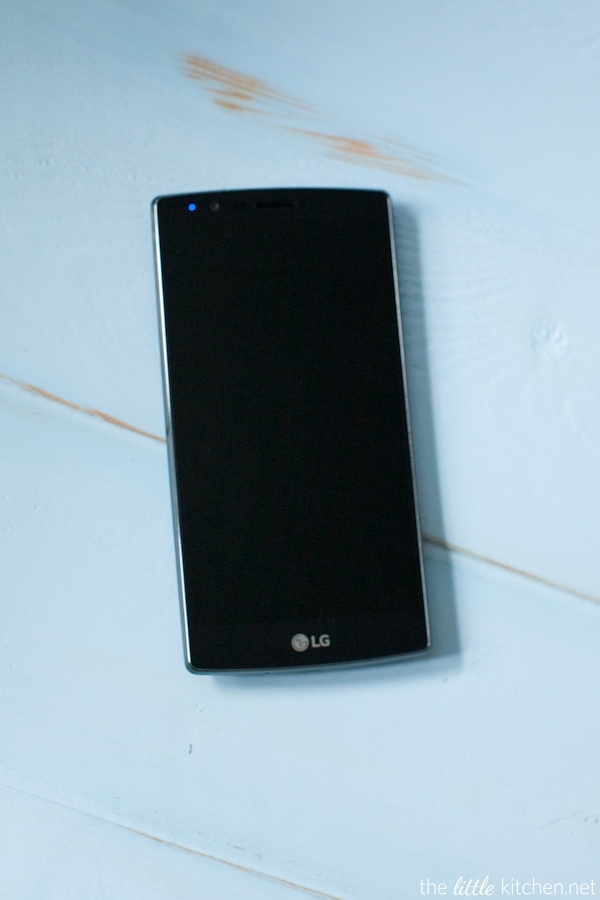 And the screen, it's 5.5 inches. I used to think the bigger screens wouldn't be for me. But as soon as this phone arrived…I realized I could hold this phone in one hand and use it easily. It probably won't fit in my front pocket of my jeans but that's fine with me.

I love the sleekness of the phone too, the one LG sent me is a metallic silver and the other color available is a brown leather finish for the back of the phone. I'm going on a Princess Cruise next week to Alaska (yippeee!) and I plan on using the LG G4 to take a lot of my photos and then will decide if I will make the full leap.

If you're interested in trying this phone out, you should check out the G4 Preview Tour…it might be coming to a city near you…you can try out the phone and check out the features! And…you can enter to win your OWN LG G4! Go now!

Disclosure: This is a sponsored conversation written by me on behalf of LG. The opinions and text are all mine. I only share with you my honest opinions.

Did you snap a photo when you made this recipe? I'd love for you to share! You can upload it using the    icon when leaving a review or comment.
Subscribe
1 Comment
Newest
Oldest
Inline Feedbacks
View all comments
Aggie

Although you know what team I’m on, those androids always grab my attention when I see one. I’m intrigued by the camera quality!! Great pics!
Ps…I’ve been craving that lobster blt since I saw this post the other day, I told Larry we have to go get one soon 🙂