How I Met My Neighbor

rows and rows of cookie dough. Into the freezer they go…have to wait at least 4 hours. ?? I hope my neighbor likes chocolate chip cookies…she's going through cancer treatment & I hope cookies will bring her a smile. #thelittlekitchenrecipes

I firmly believe that people come into our lives when we need them most.

A couple of years ago, our air conditioning unit was acting up. One of our neighbors, Jennifer*, had recently told us that they just had their unit replaced. I called her up to get the name of the company who replaced it. They were out of town and told me to call our other neighbor, Cathy, because it was her son's company. I called her up and she said she would call her son, Jamie.

Apparently, we later found out, she called Jamie and insisted that he come over during the weekend and help us fix our AC. It was July after all and we of course were having record temperatures.

A few months after that, I was talking to Jennifer one evening and she told that Cathy was sick again. Her cancer had returned. I had no idea Cathy had been sick. I did notice that Jamie's work truck was in Cathy's driveway a lot.

I told Curtis about it and told him I'm going to bake cookies and bring her some. Often, when I have leftovers from cooking for this blog, I have Curtis bring it to work or bring it over to friends so they can enjoy it. So that's how I started bringing food to Cathy. It's a joy to see her smile. Earlier this year, while I was sick, I didn't get to go see her as much. When I started again this summer, I was scared to ring her doorbell.

Jennifer had told me that the doctors had given Cathy three months to live. She had lung cancer and it had gotten worse. It was utterly heartbreaking news. Each time I visited Cathy and brought her cookies, cupcakes, soup, it was nice to see her smile but I worried about her.

The last couple of visits have been a huge difference, she's up and about, she has a lot more energy and she has a huge smile on her face. She said she is on a drug trial, an immunotherapy that was saving her life. She had energy again and she told me recently, I can't believe they told me I had one month left to live and now I'm still here.

I teared up when I heard all of this.

I visited her a couple of weeks ago and brought her some soup and pasta I had made from my friend's cookbook (check out that recipe for slow cooker lasagna soup). She was so happy to see me and declared that the food I had brought was going to be her dinner.

Somehow, we got onto the topic of my family being Vietnamese. She said that in the 60s, she was afraid her husband was going to be drafted into the Vietnam War. That it was a scary time and it was an ugly ugly war.

And here today, she had this Vietnamese neighbor who was bringing her food all these years later. Who would have thought?

I told her that even though that war was so ugly and brings back so many bad memories and the US had lost so many of its sons back then…if it hadn't been for that war, I wouldn't be an American today. I firmly believe, that if my family hadn't escaped during the War, that I wouldn't have been born here…and be the proud American I am today.

I told her my parents were refugees in Arkansas and how they were sponsored by a nice family from Texas.

It's a sobering thought, to know that borne out of so much pain and so much death, that my life here would not have been possible. And I try to be grateful every day. Every day.

*Names have been changed. There is an affiliate link in this post.

Did you snap a photo when you made this recipe? I'd love for you to share! You can upload it using the    icon when leaving a review or comment.
Subscribe
10 Comments
Inline Feedbacks
View all comments
Joanne @ Fifteen Spatulas

What a beautiful story, and so representative of you as someone who loves people and cares so much about them. Love you <3

Beautiful story, thank you for sharing and prayers and good wishes to your neighbor.

There is so much beauty in this story. Thank you for sharing!

I’m so glad I took the time to read your story this morning. It was uplifting and brought to mind that our country is not as divisive as what’s portrayed on the news and in our political climate. Thank you for sharing and best wishes and blessings to you and your neighbor.

Thank you for this personal and heartfelt story. I’m sure your neighbor has appreciated your thoughtfulness. It never hurts to take a moment to show others some kindness, without having an agenda. And it’s always amazing when we see how it comes back to us. Karma, my friend.

What an inspirational story and what a good neighbor! I hope both of you get well and stay well too. So grateful you are here in America even though he journey to get here involved such hardship and war!

I just wanted to say what a joy it was to read your story! Absolutely beautiful!

Gosh girl what a story you have. Thanks for sharing your heart and your food with your friends ?

What a lovely story and hope your neighbor is doing well. I guess we never know what life has to offer, but we take what we get and move forward. Thank you for sharing. 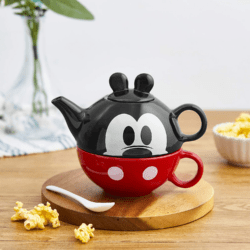 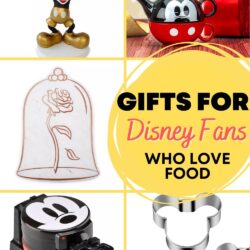