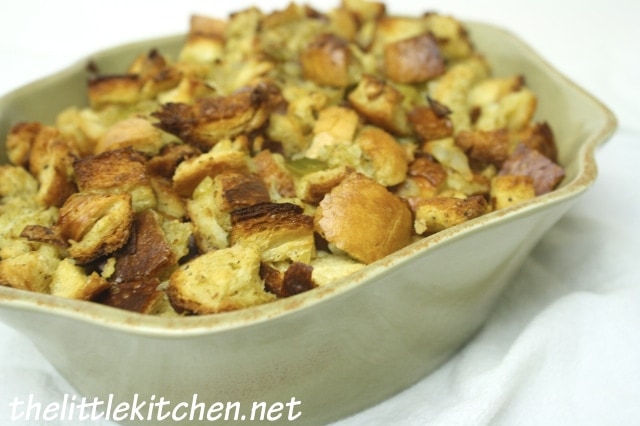 I have been using this recipe for five years now since I found it on allrecipes.com and my family loves it. My sister, who attends law school in Boston, can't make it down every year for Thanksgiving and she makes it for her boyfriend and his parents. This has become a family favorite and I really can't imagine having any other stuffing.

There is a great debate on what makes the best stuffing. I never had an opinion on stuffing before I adopted this recipe as a family staple for Thanksgiving. Once that happened, I became a huge proponent of traditional stuffing. The traditional is a bread, celery, onion, butter, poultry seasoning and chicken broth recipe, right? There are no apples or any fruits. There is no sausage and certainly no cornbread.

I don't like my stuffing all that moist and soggy (or so I call it). This recipe gives best of both worlds, this recipe calls for only one cup of chicken broth and slightly moistens the bread while giving it some room to get crunchy in the oven. It is slightly moist but does not become very dense. If you like it more moist, you can always add more chicken broth.

For this recipe, I think the key is the bread. I buy the bread from the Publix bakery and it's called Homestyle bread. It used to be called butterbread but they recently changed the name. It got its previous name from the stripe of butter they put on top of the bread before baking. You can taste the butter in every bite of this bread and I love making sandwiches with it. Don't use just some plain bread for your stuffing. You need to love the bread you're using for this stuffing recipe and it will pay off! I add in the baguette to give it a different flavor combination and texture. 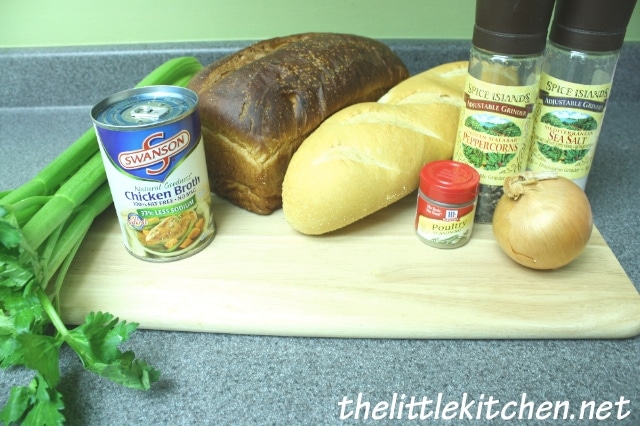 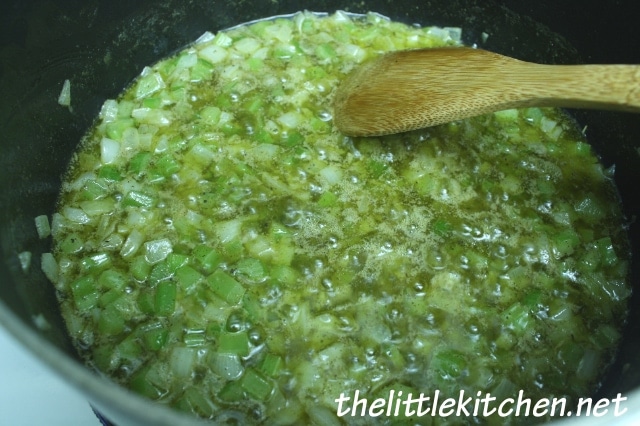 Cooking up the celery and onions. This is after the poultry seasoning, salt and pepper have been added. 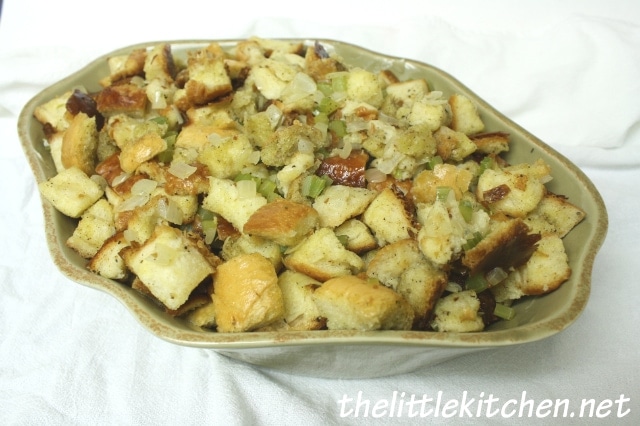 Right before going into the oven. 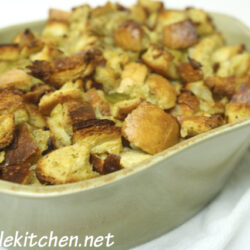 I want to hear about your favorite stuffing and why. Is it a family tradition? What do you think of my favorite stuffing? Also, I would love to hear if you have a butterbread recipe to share with me.

Did you snap a photo when you made this recipe? I'd love for you to share! You can upload it using the    icon when leaving a review or comment.
Subscribe
15 Comments
Inline Feedbacks
View all comments
Rachel

Good luck – remind me to vote and I’ll hop over 🙂 I have always cheated and used the bagged pepperidge farm stuff – tastes good to me but someday I will make it from scratch. This seems easy enough that I’ll definitely give it a try.

That really does look YUM! I don’t care for soggy stuffing either so I may try this. I am not cooking this year, but who says stuffing is only good on Thanksgiving!!

Oh my gosh I couldn’t agree more …celery is such an essential part of stuffing. I love the crunch!!

I love traditional stuffing too! Happy Thanksgiving to you and yours. Hope you have a wonderful little holiday.

This was really good, I like the size of the bread cubes and it was moist, but not soggy. I had seconds!

This looks good. I’m not a fan of celery, but I think I would try this.

[…] Traditional Bread and Celery Stuffing at The Little Kitchen […]

Since I don’t live in your town to use that butter bread, is challah a good substitute?

Hi Jackie, challah would work just fine or even just a regular loaf of bread that you really like.

Hi Julie. This will be the first doing a turkey in a slow cooker. A few questions. Must the breast be up or down. Can one stuff the turkey or is it preferable to do the stuffing in the oven. Thank you so much for your advice. Have a great thanks giving meal you and your family.
Regards
Dave
South Africa.

This recipe sounds close to the stuffing recipe I make. I don’t use a baguette in mine but I can imagine it would be a good addition. Happy Thanksgiving. 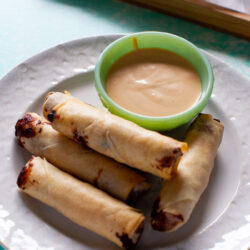 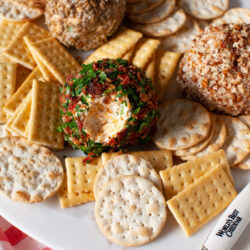