If you're a regular visitor to The Little Kitchen, do you notice the new digs? I'm really excited that Lindsay of Purr Design designed the new look for TLK! The Recipes section makes it a lot easier to find recipes here, the Cakes page looks a lot better and I have added more to the About page. I might still need to do some rearranging here but for the most part, we're all moved into our new design. Would love to hear what you think and thank you for visiting The Little Kitchen! 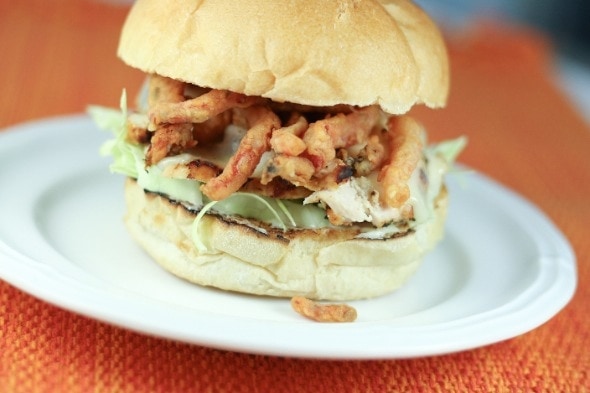 Seriously, the most amazing grilled chicken sandwich ever!

I recently received Guy Fieri's new cookbook in the mail, it's called Guy Fieri Food: Cookin' It, Livin' It, Lovin' It. I'm going to have to be honest with you, I flipped through it and then put it down. My husband however, picked it up, flipped through it and bookmarked the page for the Red Rocker Margarita Chicken recipe and then persuaded me over several weeks to make it. Well, I'm glad I did. This is one moment I can say, honey, you were right with a straight face.

The book is huge, it's over 400 pages long with over 150 recipes. Guy laces different stories with each recipe, which makes it kind of neat. The Red Rocker Margarita Chicken is a sandwich inspired by Sammy Hagar, I think that's really cool! I love the show Diners, Drive-Ins & Dives but I really thought this book wouldn't be my kind of thing but I was wrong. There are some other dishes I want to try in the book including Chicken & Seafood Paella, Steak Diane and Fire-Roasted Shrimp Cocktail. 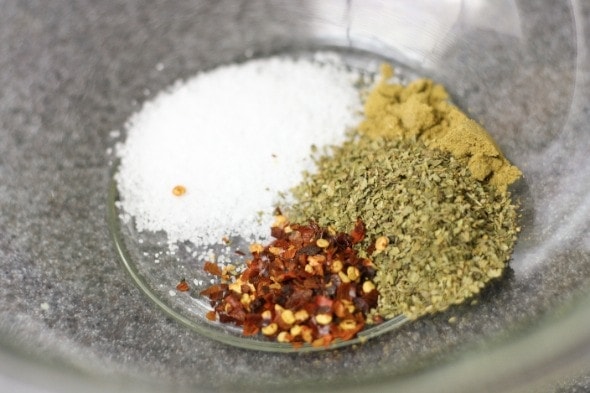 This tequila marinated chicken sandwich is an easy dish to make. Marinate the chicken in the seasonings, cilantro, roasted red bell peppers, tequila, etc. for 4-8 hours and you end up with a very moist grilled chicken. 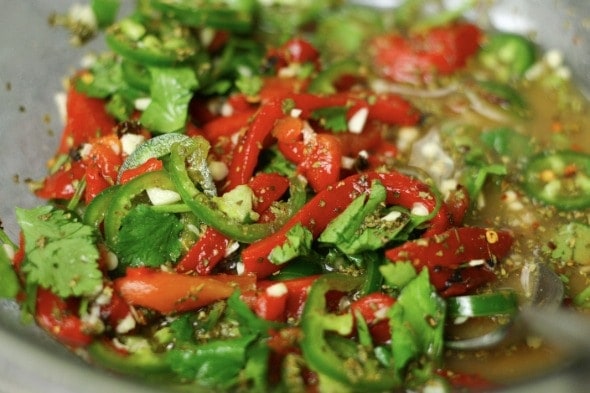 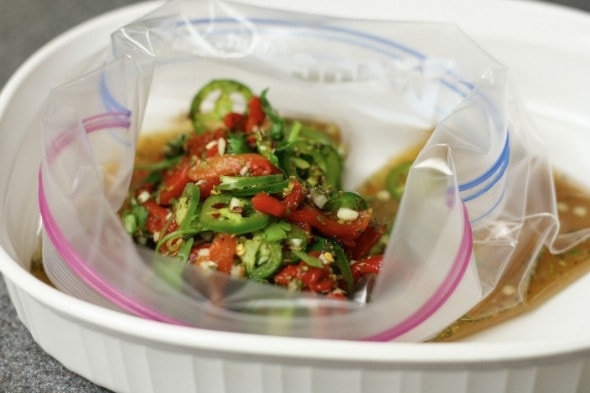 I placed the zippered plastic bag in a casserole dish before adding the marinade.

I put the bag in a casserole dish to be cautious, just in case the bag leaked or just in case I spilled the marinade. 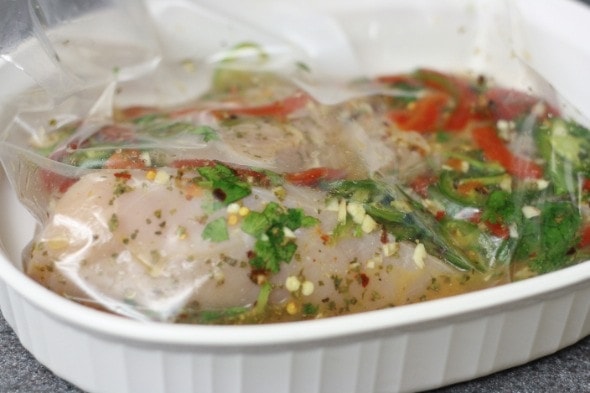 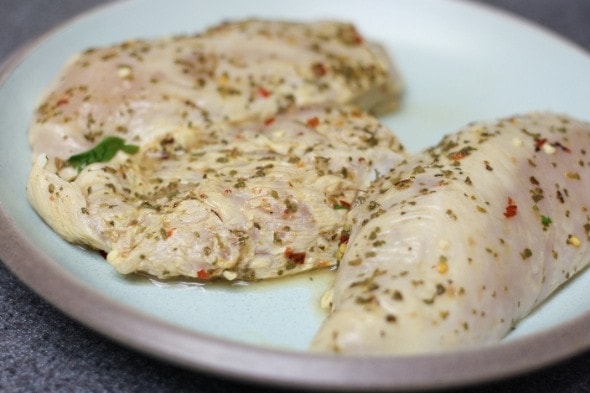 The chicken after marinating for 5 hours

The marinade smelled so good! This is the first time I cooked with tequila and it won't be the last! 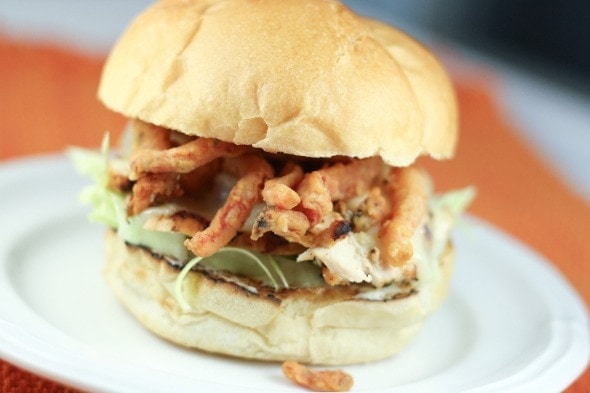 The chicken is very moist and the pop of flavor from the fried roasted red peppers makes this sandwich a winner!

Have you cooked with tequila before? I want to hear all about it if you have. 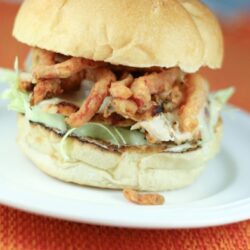 *Roast bell peppers over an open flame or under the broiler, turning to char on all sides. Skin and seed them.

From Guy Fieri Food: Cookin' It, Livin' It, Lovin' It by Guy Fieri, 2011. Reprinted with permission from William Morrow (an Imprint of Harper Collins).

Disclosure: I received a copy of the book from the publisher. I was not asked to post about it but after making this dish, I just had to! There are affiliate links in this post.

Did you snap a photo when you made this recipe? I'd love for you to share! You can upload it using the    icon when leaving a review or comment.
Subscribe
51 Comments
Newest
Oldest
Inline Feedbacks
View all comments
Roasted Red Pepper Pasta with Goat Cheese | the little kitchen

Reply
Grilled Chicken: On a Plate, In a Sandwich, On a Salad | Aggie's Kitchen

This is a wonderful recipe, thanks so much for sharing. You did a great job with the images too.

[…] you’re ready to grill up this sandwich, head over to Julie’s blog for the RECIPE. #babbleshare-commentsbox{ background-image: […]