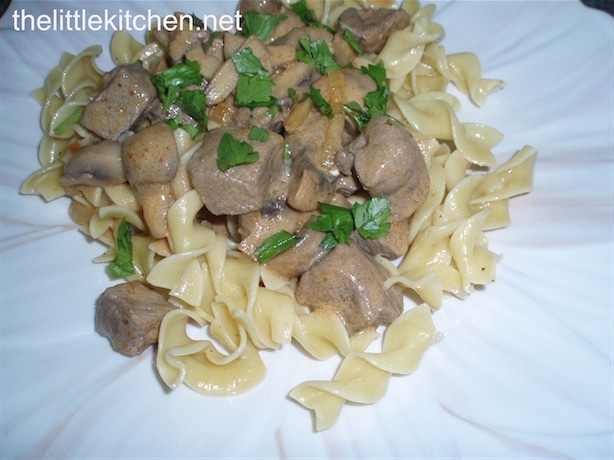 One year at my company holiday party, one of the buffet entrees we had was beef stroganoff. It was very tasty and after that, I was on a quest to find a recipe. I lucked out and the first recipe I tried was the winner. This recipe comes from the Food Network Kitchens. I have made this recipe several times over the last couple of years. It's pretty tasty and easy to prepare. The recipe says it takes a total of 30 minutes to prepare but I would say it takes more like 45 minutes.